Awards and Events 401 Add to collection 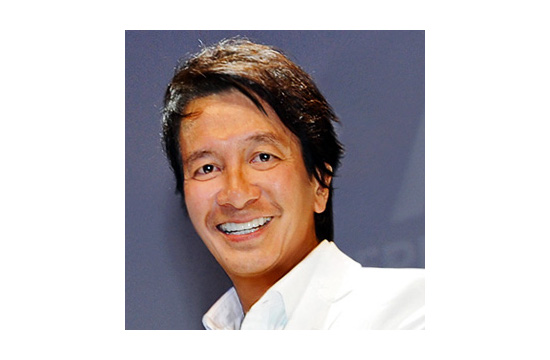 Tham Khai Meng is on the hunt for audacity – and he’s come to Las Vegas to do it. But fear not, he’s not hoping to track down the next Prince Harry scandal – he’s hoping to sniff out the most ground-breaking advertising work. LBB’s Addison Capper caught up with him to find out more.

LBB> What words of advice did you give to your jury for this year's London International Awards?

TKM> I told them to try and put aside their preconceptions about what an ad should be or what it should look like. We all have these preconceptions, mental pigeon holes and labels… our heads are filled with unwritten rules about what to expect.

But really, pigeon holes are for familiar things, objects we've seen before. They are for last year’s ads. The truly stand-out work will make its own rules; it will be work we are seeing for the first time. It takes effort to be receptive to the truly mould-breaking, and that is a skill that judges need to possess.

LBB> What were you hoping to see from the entries?

TKM> If I had to sum it up in one word, I would say audacity. I’m looking for the sort of big, brave, bold thinking that thrills you and makes you shake your head in wonder. That's the great thing about this business, you think you've seen everything there is, but every so often a team you have never heard of comes up with something that leaves you lost for words.

LBB> What do you think about the LIA bringing over a group of young creatives for the 'Creative Conversations'?

TKM> I think it's a great idea from Barbara Levy. Like all great industries, we must look to the youth to invent tomorrow. If we don't, then we are heading for oblivion, or doomed to irrelevance. I mentioned audacious thinking, and it’s the young bloods that have the greatest capacity for audacity. Because they have not learned to fear yet, no one has told them what can and cannot be done. The wise old heads in the business can provide the experience and direction but the raw explosive power to blow up the old paradigms can only come from the youth. Bring it on, I say.

LBB> What happens in Vegas stays in Vegas! Aside from judging, what are you looking forward to?

TKM> Oh you know, catch up with Andre Agassi, Robert De Niro, Sharon Stone, Joe Pesci... (laughs). I don't know, probably just try and find some time to relax. It's been unbelievably hectic recently and despite what some may think, judging awards is hard work. It doesn’t matter how exotic the location is, because the rooms you do the judging in seem to be the same the world over. So I won’t be doing anything that will interest the scandal sheets!