Thailand: The Land of Likes 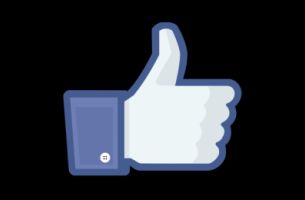 Most conversations about Thai advertising that happen in global advertising circles tend to cover three core topics. The humour. The emotion. The film craft. And with good reason. The likes of last year’s heart-splitting Tesco Lotus Mother’s Day ad from Leo Burnett or ‘Garbage Man’ from Ogilvy & Mather find their way onto Facebook walls and ad blogs around the world because of their emotional punch. And then there’s the local film talent that shines on the award circuit and attracts foreign agencies to shoot in the country. Thanonchai 'Tor' Sornsriwichai of Phenomena has been one of the world’s most consistently awarded commercials directors of the past 15 years.

And it’s still true that for exquisite, well-told stories that elicit tears of laughter and sadness, Thai advertising is hard to beat. But that’s not the only distinctive thing about the local market – social media in Thailand has emerged as a key driving force. And, yes, the rise of social media might not be unique to Thailand, but don’t underestimate the extent to which the country has embraced and engaged with social. Thailand loves it. REALLY loves it.

Such is the popularity of platforms like Facebook and Japanese app Line that the populace really over performs. There are 37 million Facebook users in Thailand, which makes it the ninth biggest Facebook population in the world – and the number of daily posts made by Thai Facebookers is three times higher than the global average. Thais, on average, spend around 2.35 hours each day on the platform too. All of which is particularly impressive when you consider that 4G only arrived in the country last year.

“Four years ago the digital revolution was much slower than even China and Singapore. We only got 4G last year,” says MullenLowe Thailand CEO Supavadee Tantiyanon. Despite these technological and mobile infrastructure barriers, the local population has taken social media to its heart, which Supavadee attributes to an inherently sociable culture. “If you zoom into Thai culture, we are a nation that loves to connect.”

And despite the new channels, Thailand’s film heritage also informs how people use social and what they like to see, as J. Walter Thompson Bangkok MD Parattajariya ‘Jammy’ Jalayanateja points out. “We don’t read that much as a nation, unfortunately, so video is very popular,” she says, noting that people are also quite happy to see brands involved in online film. “People accept you can do brand communication online. In that past it was all unbranded but as long as you have a good story, people are open to it.”

J. Walter Thompson has carried out its own research into how exactly Thais like to use social media – they’ve found that while 70 per cent of engagement is about observing content, only five-seven per cent involves people creating their own content and sharing it. That informs the kind of content agencies are then likely to share online.

Episodic dramas are popular, for example. At MullenLowe, they found this approach to be particularly effective for one of their smaller clients. A local Korean restaurant chain, which had seven branches across the city, wanted to reach out to more customers during the slow months. The agency created a drama about a pair of former lovers accidentally locked in one of the restaurants for seven days. The series notched up 5 million views and sales increased 15 per cent in the third quarter of the year.

At J. Walter Thompson, their cosmetics client Oriental Princess was keen to have a brand image makeover. The brand had been with the agency for 10 years but wanted to move more upmarket with its premium limited edition products. The agency devised a sexy serial killer story that put the viewer in the role of an investigator looking into six femme fatale suspects. The content also included make up tips and discount codes to take in store. But, crucially, challenged traditional female roles in Thai culture and repositioned the brand as sophisticated and smart. By sharing the campaign online and through social channels, the agency also managed to circumvent strict Thai censorship rules – for TV campaigns, agencies must first submit storyboards to the government.

But it’s not just brand rejigs and content distribution that social media has changed. The country’s small businesses have flocked to Facebook and Instagram and Taobao, embracing the concept of peer-to-peer e-commerce. 1.16 million small and medium-sized businesses use Facebook pages to display their wares (a particularly astonishing number when you consider there are 45 million SME pages on Facebook globally) – and 57 per cent of Thais use Facebook as their primary channel for browsing products. They tend to connect with the retailers through messenger or email and the transaction is simply done by bank transfer.

It’s an easy workaround that circumvents the need for complex e-retail platforms – and it’s also symptomatic of a growing class of social entrepreneurs in the country, who can use the business model to live a more fluid lifestyle. Supavadee at MullenLowe says she knows of creative couples who have left Bangkok to set up farms, using their design skills to create upmarket hipster produce brands, which they then sell over social platforms.

“It’s a global trend but I’m observing it within the local culture,” she says, noting that this phenomenon has its roots in Thai traditions. “We adapt, learn, adapt, learn – that’s part of the culture.”

And exciting as this is, it also poses an enormous problem for the advertising industry. These creative entrepreneurs are exactly the sort of people agencies are keen to hire, but social media has given them the freedom to fund a more alternative lifestyle.

“We have an issue attracting generation Y to the workforce and getting them to stay longer. New grads don’t want to work for corporations. They’re looking at modern agriculture, they’re interested in the ‘slow life’ and want to do something better, something sustainable,” she adds.

But there are opportunities to be found in this social media-driven trend. At J. Walter Thompson, they found that their client, property developer SC Asset, was struggling to sell to affluent young couples and families who were turning their back on the thought of a hectic urban lifestyle in search of a more communitarian existence. The solution was ‘Farm Rak’, grow boxes given to each new household joining a development. But the key was that every family grew a different herb or vegetable, encouraging households to swap produce and connect with their neighbours. The project was supported by online and social activities – but it was the real world connections that led to its success. SC Assets sales increased by a whopping 26 per cent.

So it seems that while Thailand’s adoption of social media might be surprising to outsiders it’s also very, very natural, tapping into a long history of connection and community. These days, The Land of Smiles is also The Land of Likes.