Thailand: Advertising in the Shadows

One of the biggest marketing challenges in Asia – whether you’re living under a coup or not – is dealing with the Reality Gap, explains Lowe Profero Thailand general manager Rob Hall 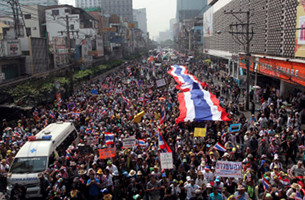 "The Reality Gap is the divide between how people want things to be, and how things really are. In many western markets – we often strive to unearth a hidden consumer truth, however uncomfortable, and communicate this in a fresh way to engage with our audience," explains Lowe Profero Thailand general manager Rob Hall.

"We often try and expose this gap, as it allows us to break through a cynical audience’s bullshit detector and have a more authentic conversation.

In this part of the world, people don’t necessarily want to be reminded of the reality of their daily lives. Whether it’s for economic, religious or cultural reasons – they are uncomfortable with constantly being confronted by life as it is.

Often, the theory goes, they would rather be inspired by life’s rosier possibilities – understanding that while this is not how things are, it’s more hopeful to see how life could be.

Bridging this gap is probably one of the hardest things for western advertisers in eastern markets to get their heads around. Presenting these tried and true aspirations in a way that still surprises and connects with a local audience, without resorting to cliché, is a tough gig.

Throw in a military coup – which has added limitations on freedom of speech and plenty of forbidden topics to steer clear of – and we have a genuine communication challenge for brands and agencies in the Thai market.

Thankfully, Thai society has a number of pressure valves that allow for difficult conversations to play out in certain ways that can help make this gap become more manageable – and permit a degree of freedom that might otherwise cause suppressed feelings to boil over.

Built into the content for these pressure release points is the understanding that the reality gap exists, can be talked about, and even made fun of. But you need to tread carefully.

In Thailand a secondary media market has developed online. Produced by artists, comedians and celebrities, they have created a unique number of online channels that have become hugely popular, especially with younger audiences.

Artists such as VRZO and SpokeDark TV use non-mainstream media to talk about entertainment, lifestyle topics and even touch on issues related to the complexities of living in the current social and political climate.

Using their programs to make light of the restrictions and poke fun at vested interests on all sides, these channels have become a place to talk about what can’t be talked about – with a wink and a nod.

In many ways this approach is not surprising. Humour for Thais is an important way of dealing with uncomfortable situations, especially by using the Thai language’s capacity for playful language and double meaning.

Many brands also use this secondary channel and these influencers to communicate difficult or challenging issues related to the young – with humour and insight. They are often a far more credible means of connecting with this audience than mainstream media.

Online videos from Thailand have become on online sensation in the past few years. Videos such as ‘Unsung Hero’ from Thai Life Insurance and ‘Giving’ from TrueMove H, are good examples of viral hits that have captured the mind and mood of a nation.

The growth in popularity of these types of videos across a broad section of Thai society perhaps reflects a desire for re-establishing the sense of community within Thai society many feel has been lost. Many Thai brands have sought to re-enforce the Thai values of tolerance, kindness and compassion through these narratives in an attempt to encourage social cohesion and establish broader appeal to their brands, embracing all sections of society. Expect to see plenty more heartstrings being pulled and tears shed in these videos if the political situation in Thailand remains uncertain.

Deep divisions within communities – and within families – have been a feature of the social unrest in Thailand. These internal conflicts have often been played out behind closed doors, but it’s safe to say that most Thais have been deeply affected by this unrest.

One window on these conflicts plays out through Thailand’s most popular entertainment form – Thai TV Soap Operas, known as Lakorns. The family feuds, relationship tensions and inter-generational conflicts that are part of these TV dramas are often a thinly veiled metaphor for the social disputes of the past few years. So seeing these played out on TV is in many ways a cathartic release from the real world equivalent.

Another TV drama genre, popularized through high-school dramas like ‘Hormones’ and ‘Club Friday’, have also captured the hearts and minds of a younger generation of Thais. These shows enable a discussion about youth issues such as sex, drugs, youth gangs and schooling in a direct way – allowing them to become a broader topic for mainstream discussion.

Using actors and celebrities from these Lakorns in marketing campaigns has also become a popular way of identifying brands with an attitude, without explicitly having to address these social issues directly.

Persuasive or Patronizing? Campaigns from the Military Government

The military government has been very active since it came to power in using advertising and PR communications in its attempt to heal the divides within Thailand and reform the country.

The success of these campaigns has been mixed, and is often viewed through the political lens of a particular audience. These ad campaigns vary from broad PR campaigns to uplift Thai spirits through its Happiness Campaign - to far more edgy campaigns that attempt to highlight major society issues such as corruption, poor driving or excessive focus on consumerism via Thai-ness.

It is ironic that perhaps it is only the military government themselves who have the license to address and criticize issues within Thai society directly.

Whether this is a serious attempt at addressing issues, or window dressing to mask any real change – that is all in the eye of the beholder. Given the amount of negative feedback in the press and social media however, one wonders about the impact these campaigns are actually having.

Along with the rest of Asia, Thailand leads the way with its engagement in social media, in particular on platforms such as Facebook, Instagram and Line.

The challenging issue with social media in Thailand is that it’s not always clear where the lines of freedom of expression are drawn – although it’s clear that any discussion on issues related to certain families or politics or the government are out of bounds.

But in order to allow a public outlet for expression within social media, it’s not uncommon to see the righteous anger of the crowd being diverted – often focusing on nationalist issues such as the recent criticism directed at the Rohinga refugees, or against journalists who challenged the integrity of the Thai fishing industry.

Not unlike China’s aggressive online netizens, the pressure valve in social media often seems vented on certain groups that are seen as not Thai or acting against Thai interests. This netizen behavior can also be directed at brands themselves, and has meant many companies here are particularly sensitive to how they use social media and therefore tend to steer away from controversy at all costs.

Clearly, the communications environment in Thailand continues to be a challenging one. With so many grey areas - it can seem at times to be an unusually tough place to produce great work. But the reality is there are ways of addressing important brand and social issues, if you’re clever enough to use the different channels and use tactics that go beyond head to head confrontation.

You have to get used to playing in the shadows. It takes perseverance and understanding to find a way, but the end result can still surprise you. 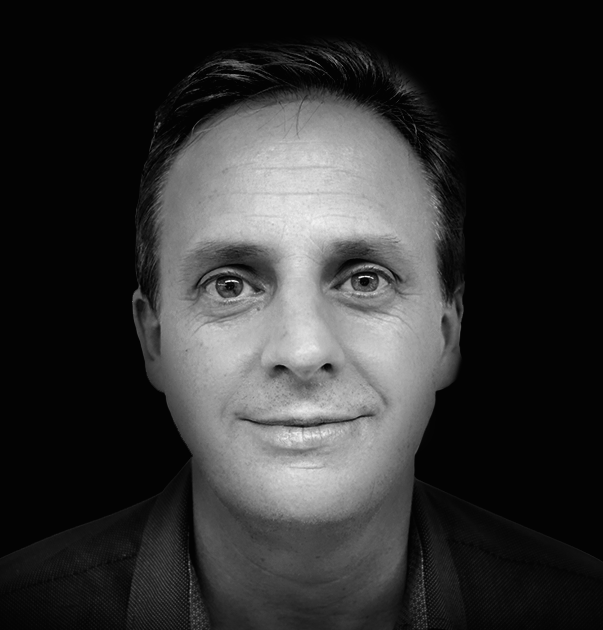