Valiant Pictures team up with Thornberg & Forester for a cinematic ident 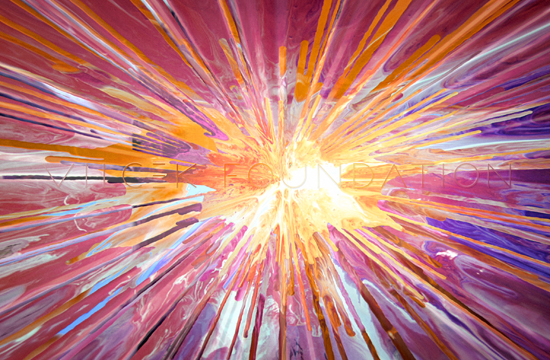 Valiant Pictures has teamed up with Thornberg & Forester (T&F) to produce a vibrant new cinematic ident for the Vilcek Foundation, a leading cultural institution in the arts and sciences. The ident, released online today, will have its theatrical premiere at the 33rd annual Hawaii International Film Festival, opening on 10 October, where it will introduce all of the short and feature films sponsored by the Vilcek Foundation as a part of its New American Filmmakers section.

This new ident was developed in collaboration with the Vilcek Foundation's executive director Rick Kinsel. "This was not an easy task," said Kinsel. "We knew it would be difficult to convey all that we do in 30 seconds, so instead we wanted to find a way to condense it all into a feeling of creativity, simplicity, and joy, while remaining within our preferred aesthetic."

T&F was invited to take part in this project by the founding partners of Valiant Pictures, Vincent Lin and Matthew D'Amato. The two oversaw every aspect of the project, from the initial concepts to careful revisions, to ensure it met the high expectations of the foundation. Justin Meredith led the project for T&F's team, which was chosen for its sharp design sensibility and past record of award-winning work.

"Thornberg & Forester was my first choice for this project," D'Amato confirmed. "Their work is amazing and I knew it would be a perfect collaboration. The final piece exceeded my expectations and I'm excited to see what we can create in the future."

"During the early discussions, we learned a lot about the foundation's tastes and design inspirations," Meredith said. "The idea that took shape was to weave together concepts of science and art into an abstract journey that feels optimistic and open. We needed to communicate a feeling more than a story."

The piece begins with colorful threads on a field of white, which form a 3D helix structure. A figure then appears in the background, who touches the graphic, sending a rainbow pattern of paint in motion, which forms a circle. The circle shrinks away before transitioning into a dazzling, full-screen explosion of vibrant swirls of paint, where the Vilcek Foundation's logo resolves.

"We thought that building a motion piece would be an exciting way to get our message across," Meredith continued. "In our approach, we used tactile methods such as paint, ink and string to capture in-camera elements. Although the finished project looks simple, those are always the hardest to balance."

The final piece was completed by a masterful, yet spare, sound design from Eddie Bydalek and Harry Woolway, noted sound engineers known for their work on feature films and television.