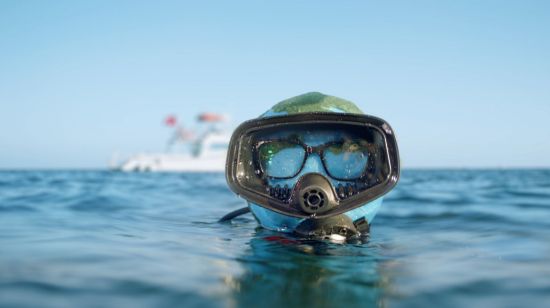 A personable and highly adventurous puppet known as Mr. World trips the light fantastic, dives into shark-infested waters and zips through the treetops with the greatest of ease in a new three-spot campaign for Eyeglass World from The Richards Group, brought to life by Tessa Films director Toben Seymour.

This is the second year running that Seymour has teamed with the agency on an Eyeglass World campaign; as with last year, all the spots feature a puppet born in the director’s own creative workshop, Seymour Creatures. (Seymour’s puppets have been featured in everything from music videos to spots for such brands as Mercedes-Benz.)

What sets these new ads – titled 'Shark Bait', 'Dance' and 'Zipline' – apart from the prior campaign, says Seymour, is how Mr. World is now seen in more full body shots and engaging in more complex actions throughout the course of each exciting activity.

“We wanted to continue with the three themes of the brand’s message, which is speed, style and ease/quality of service,” explains Seymour. “We also wanted to continue taking puppets where they’ve never been before, but this time taking the action to the next level and featuring more moments and details from each adventure.”

This meant getting the puppet in the Pacific Ocean, building an animatronic puppet that was light enough to dance with and building animatronic legs that could kick and move while being remote controlled down a zipline, among other things.

The director brought in a team of experienced puppeteers and builders to assist with these more-involved scripts. “I’m always working to improve my craft in creating puppets and creatures that look like they can live and move alongside humans in the real world,” Seymour adds. “For me, that means shooting all the puppetry and creature effects on location. I love computer animation, but I think our eyes yearn for things that are real.”

The Mr. World puppet, whose skin is a bright blue, has a globe for a head, a face defined by eyebrow-sized continents, an expressive mouth and various styles of Eyeglass World frames for eyes. Still, he’s able to deliver emotionally resonant performances. “What I love about Mr. World is that his glasses are his eyes,” Seymour says. “They’re the lens through which he can see the world, and each set of frames is designed to match the adventure. His personality and character are always growing with each new thing he does.”

“The biggest challenge is always figuring out how to get several puppeteers to perform Mr. World during these adventures,” Seymour continues. “This is a creative brainstorming process between me, the producers and a puppet captain, as we figure out ways to get Mr. World into these complex scenes.”

Seymour and his Tessa Films team of EP Lisa Masseur and Producer Jonah Mueller devised multiple options for shooting the spots, but the main goal was to shoot everything practically, only using VFX to clean up any rigging or puppeteers. “This is another fun and creative part of the process, when we come up with ways of getting Mr. World to do the kinds of things people do,” Seymour notes. One example was building articulating hands for Mr. World, so he could fiddle with his scuba gear in 'Shark Bait'.

“The fact that Toben is involved in the puppet build, and is intricately involved in how these puppets are fabricated from the start, helps us plan for the crazy things the puppet ultimately has to do,” says Masseur. “Each spot had its own challenges this year, but no matter what insane position in which we put lead puppeteer Paul McGinnis, he gave a fabulous and real performance.”

And the Richards Group scripts gave McGinnis, Seymour and the crew plenty of opportunities to put Mr. World through his paces. In 'Shark Bait', he welcomes viewers from the back of a dive boat, about to take a plunge into 'the world’s most shark-infested waters'. He’s seen full-sized in this spot and walking, albeit wearing fins, a wet suit and mask. In 'Dance', he’s seen sporting designer frames at “the world’s most stylish dance competition,” where he does the tango with a sultry beauty whose own specs are pretty hot, too. And in 'Zipline', he’s perched on a tree-mounted platform, about to ride “the world’s fastest zipline,” which he views with a slight amount of trepidation.

Seymour sees no limits to where Mr. World could go: “I’m still waiting to hear a challenge that can’t be done,” he offers. “I love that this campaign is all about ‘keepin’ it real.’ Seeing Mr. World come to life in these settings, and capturing the moments we’ve planned and prepped for – as well searching for those unexpected, unplanned, and real moments – is what it’s all about.” 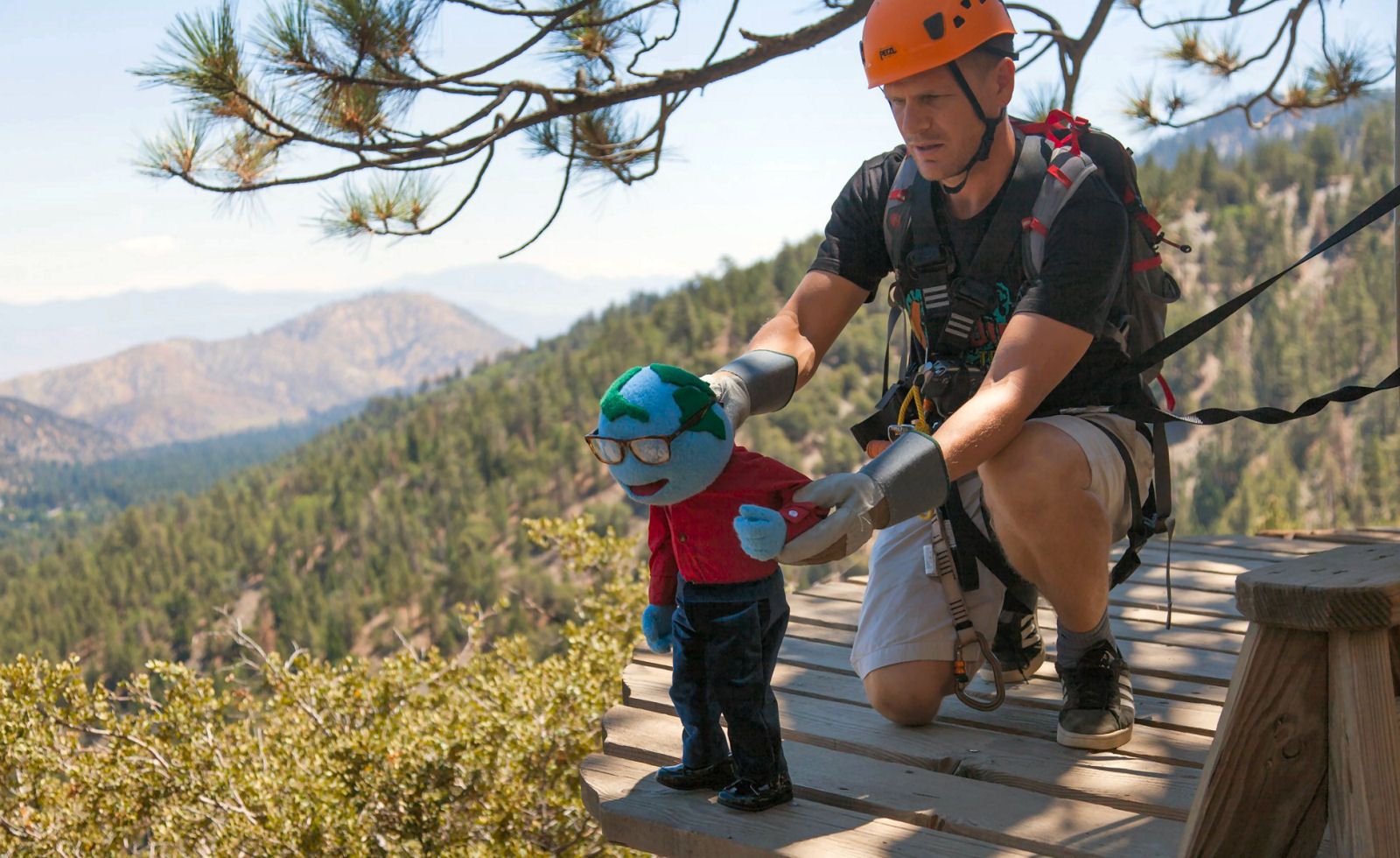 Director Toben Seymour works on camera angles with the Mr. World ‘stunt puppet’ while shooting 'Zipline'. His goal is to always capture as much puppetry in camera as possible.