An authentically British kind of Christmas from Wieden + Kennedy 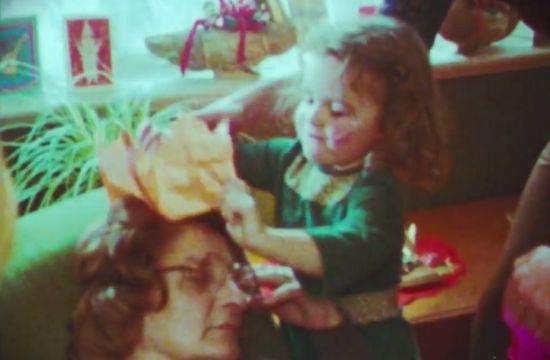 Tesco have launched their Christmas campaign, celebrating what makes Christmas special.  It tells the story of a family’s Christmases over six decades.

The campaign is created with Wieden+Kennedy London. It celebrates the warm, meaningful and memorable aspects of what can often be a stressful season, inviting viewers to remember what Christmas is all about: not necessarily perfection, but a spirit of togetherness, thoughtfulness, silliness, fun and tradition. From the good bits to the rough-around-the-edges bits, no matter what Christmas looks like to each of us, our vision of a brilliant Christmas is shaped by hundreds of memories of Christmases gone by. And when we truly embrace it in all its glory, there’s really nothing better than Christmas.

Moments shown in the film were inspired by real Christmas stories and traditions of friends, family and staff, adding an authentic and personal touch to the story, with bygone eras brought to life through painstakingly recreated details in set and costume design.

The campaign premiered on 8th November with the 90” brand film initially shared with Tesco colleagues before rolling out on Tesco's social channels and broke as a 60" version on air during Coronation Street at 19:30 on ITV.

The spot was directed by BAFTA-winning director John Crowley and follows several generations of a family at Christmas time. Set to Rod Stewart's 1988 hit "Forever Young", the story takes viewers on a nostalgic journey through the decades from the 1960s through to the present day.

In the run up to Christmas, the brand film will be supported by an extended 90" version running on air and in cinemas. A supporting TV, print and digital campaign focuses on Tesco’s revamped range of gifts, promoting thoughtful gifting through Tesco’s new carefully curated gift range and highlighting the convenience of the retailer’s Click and Collect service. The finest* range will also receive a seasonal treatment in TV and print executions, focusing on Tesco’s premium range of festive foods including Bronze turkey and Christmas pudding.

David Wood, Tesco’s UK Marketing Director says, “Our advert marks the start of our Christmas campaign, celebrating what makes Christmas special – a time to see family, have fun, and give to others. We had great fun building sets and laughing at fashions and toys of years gone by. We wanted to show what a real Christmas is all about - not a perfect, airbrushed one - but the ones we recognise from our own lives. I hope, like me, it reminds you of the special times you have spent with family and friends over the decades.”

Ray Shaughnessy, Creative Director at Wieden+Kennedy London says, ”Let's face it, Christmas isn't perfect and Tesco's point of view is, nor is it supposed to be. This year we wanted to show that Tesco understands Christmas on a deeper level through an engaging, intimate piece of home-movie style film. Through the good, the bad and the occasionally ugly bits of real Christmases, Tesco properly get under the skin of things, and show that it's the being together that really counts. ”