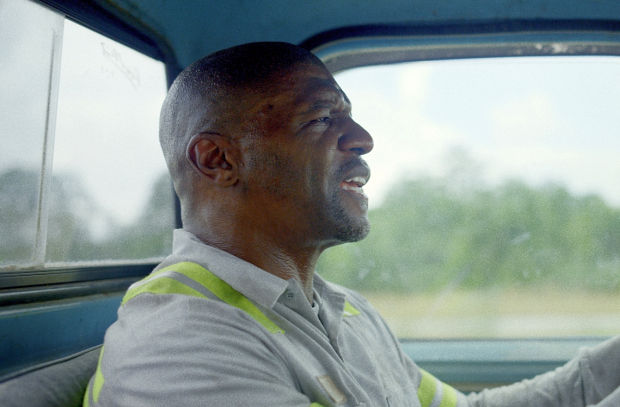 Somesuch's Kim Gehrig has directed the promo for Brittney Howard's new track, ‘Stay High.’ A tribute to the singer’s late father, the beautifully-stylised music video stars actor Terry Crews (Brooklyn Nine-Nine, The Expendables) as a man finishing a day’s work and returning home to his family. It is also the latest collaboration between Framestore and director Kim, with Framestore providing colour grade and subtle VFX.

Produced by Somesuch, the aim of ‘Stay High’ is to move away from the glossy music videos that many pop singers create and present a natural and much more emotionally-driven story which honoured K.J. Howard, the father of Brittany Howard. The music video features lots of the singer’s family and friends and Brittany pops up in several scenes throughout the video as different characters.
“Kim wanted to really highlight the innocence of the video’s story, something I kept in mind while grading the film,” said Simon Bourne, Framestore’s head of creative colour who's graded several films for the director. “The focus needed to always be on Terry with nothing in his surroundings distracting from that and the grade needed to reflect that idea.”
Ben Cronin, Framestore’s creative director and one of the compositors on the film, alongside nuke compositor Christian Baker, added: “from a VFX point of view, our job was all about invisible effects that highlighted the beautiful job that Ryley Brown, the film’s DoP did and to complement Kim’s unique vision.”

“We’ve worked with Kim on several commercials and music video projects and we love collaborating because her films are always visually-interesting and she knows we’ll always help achieve the ground-breaking and effortlessly cool work that she does.”
“This video is shot in my home town of Athens, Alabama. The actors are my family and friends,” says Brittany Howard. “Terry Crews plays a man who isn’t out to change the world, he plays a man who just wants to come home to those who understand and love him best. We see his inner beauty, grace and humanity in a place that is so often misunderstood.”

The track is from Brittney's debut solo album, Jamie, out on September 20 on ATO Records.
view more - Creative