Commonwealth//McCann surprises 'real people, not actors,' in series of spots 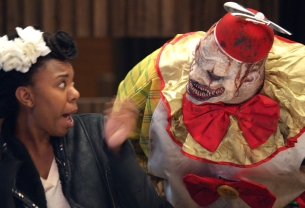 Everyone loves a good surprise. And soon they’ll get one, when they take a closer look at the stunning designs, outstanding quality and leading-edge technology in today’s Chevrolet.

Launching April 1, a new marketing campaign, titled “Real People, Not Actors,” created by Commonwealth//McCann sets out to surprise real people by introducing them to Chevrolet’s game-changing lineup and capturing their reactions on film.

Will getting up close and personal with a 2015 Chevrolet car or crossover change a non-Chevy owner’s opinion of the brand? A series of unique focus group experiments seek to answer that question.

Each experiment was designed to let people discover – point-by-point, feature-by-feature – how today’s Chevrolet cars and crossovers shatter their perceptions. Nearly 400 real people participated in the study and appear in online films that show their spontaneous reactions to key elements such as design, technology and safety.

The campaign’s first television commercial premiered during high-profile network and cable television programming on April 1. The spots will continue to air across retail, digital and social platforms, as well as displays and activations, throughout the year. Additional broadcast work will appear in the coming weeks.