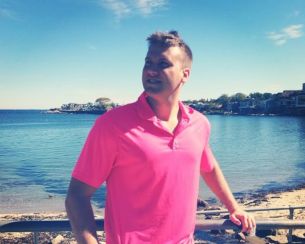 He joins the agency after eight years at BBDO New York where he served most recently as Associate Creative Director on a vast body of award winning work, most notably for the shop's Snickers and M&M's accounts.

Chris’s appointment to Creative Director follows a run of new business growth for Terri & Sandy, which added the likes of  The Hartford, Sunny D, Kellogg’s and the Colorado Center for Reproductive Medicine (CCRM) to its roster in 2018. Those brands joined longstanding clients including: The Walt Disney Company, Gerber, Freshpet, Hain Celestial, Phonak, Wyndham Hotels, and Avon.

“We’ve always admired Chris's work from afar so we’re thrilled to have him on our team”, said Sandy Greenberg, Co-Founder of Terri & Sandy. “With Chris on board it will be hard to get through the day without laughing, which is an invaluable gift in this business.”

In addition to his work on Snickers and M&M’s while at BBDO New York, Chris worked across the Campbells, Mountain Dew, Birdseye and Special Olympics accounts.

"I decided to join Terri & Sandy because the vibe I got from them and the office was truly refreshing,” Cannon remarks. "It's really a happy, enthusiastic place that cares about its people and the quality of work they put out into the world."

Creativity Squared: The Dualities and Contrasts of Lizzy Sonenfeld
View all News