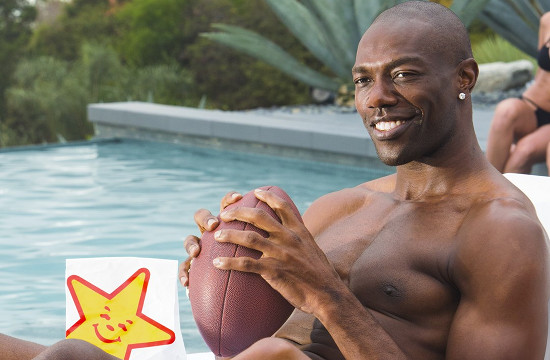 To reintroduce their popular Philly Cheesesteak Thickburger, Carl’s Jr. and Hardee’s have teamed up with Terrell Owens, former Philadelphia wide receiver, in an ode to Philly’s most famous food.

Launching on broadcast today, “Philly Love”, created by 72andSunny, follows Owens down memory lane as he lightheartedly reflects on his hot-and-cold relationship with the City of Brotherly Love. “When you have a great product like this, an in-your-face sports town like Philly, a controversial elite athlete like Terrell Owens, and an audience of young, hungry guys, our job is to get out of the way and let them do what they do best,” said Glenn Cole, chief creative officer at 72andSunny.

The brands' plan to have some fun with the campaign and spread the Philly love even further on Twitter, responding to fans, and not-so-fans, via @CarlsJr and @Hardees.

The Philly Cheesesteak Thickburger, which was re-launched at Carl’s Jr. and Hardee’s on December 18,  features flavorful, thinly sliced steak, grilled onions and green peppers, melting Swiss and American cheeses and mayonnaise atop a charbroiled, 100 percent Black Angus Beef Thickburger patty, all served on a Fresh Baked Bun that’s baked fresh inside the restaurants every day. The meaty guest-favorite was last featured on the Carl’s Jr. menu in 2010 and at Hardee’s in 2008.