Tennis Fans Get Their Wiggle on for Wimbledon 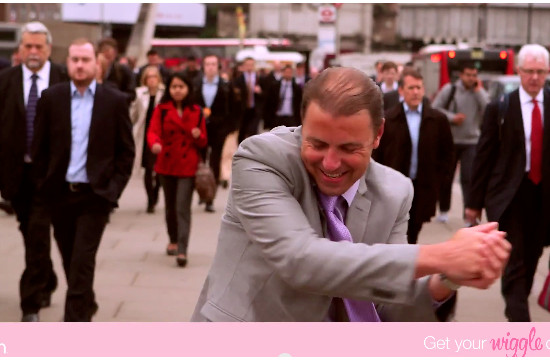 evian® is offering tennis fans the chance to jump the famous Wimbledon queue if they upload a video of their ‘Wimbledon Wiggle’.

For those unfamiliar with the move, it is based on the cheeky shake players make before receiving a serve. A dedicated film demonstrating the wiggle is available at www.wimbledonwiggle.com and would-be wigglers can win VIP Wimbledon tickets by uploading their moves to the site.*

The best ‘Wigglers’ will be featured on digital outdoor creative at Bankside and Cardinal Place, where the Championships will be broadcast live on digital screens.

Sophie Brooks, evian® Senior Brand Manager said: “We can’t wait to get our wiggle on! This campaign aims to get the nation Living young throughout the Wimbledon championships.

“Wimbledon is one of our favourite times of the year and we love finding new ways to give the tournament a bit of a Live young twist.”

To bring the ‘Wimbledon Wiggle’ to life evian® teamed up with We are Social and electro-hip hop artist Tigermonkey to compose an original soundtrack.

Deola Laniyan, Account Director at We Are Social said: “Brits can sometimes be a bit reserved when it comes to celebrating. So there was a fantastic opportunity to inject some of evian®'s Live young spirit with the Wimbledon Wiggle - a dance move everyone can get involved in socially.”

In addition to the Wimbledon Wiggle, evian® will bring its Live young twist to the championships throughout the tournament with:

·       Limited edition 75cl bottles on sale in Superdrug and Boots

·       evian® sampling at Southfields underground station, evian flags throughout Wimbledon village and the evian-themed Wimbledon café inside the grounds.

·       A dedicated Wimbledon style guide and ticket competition on my-wardrobe.com