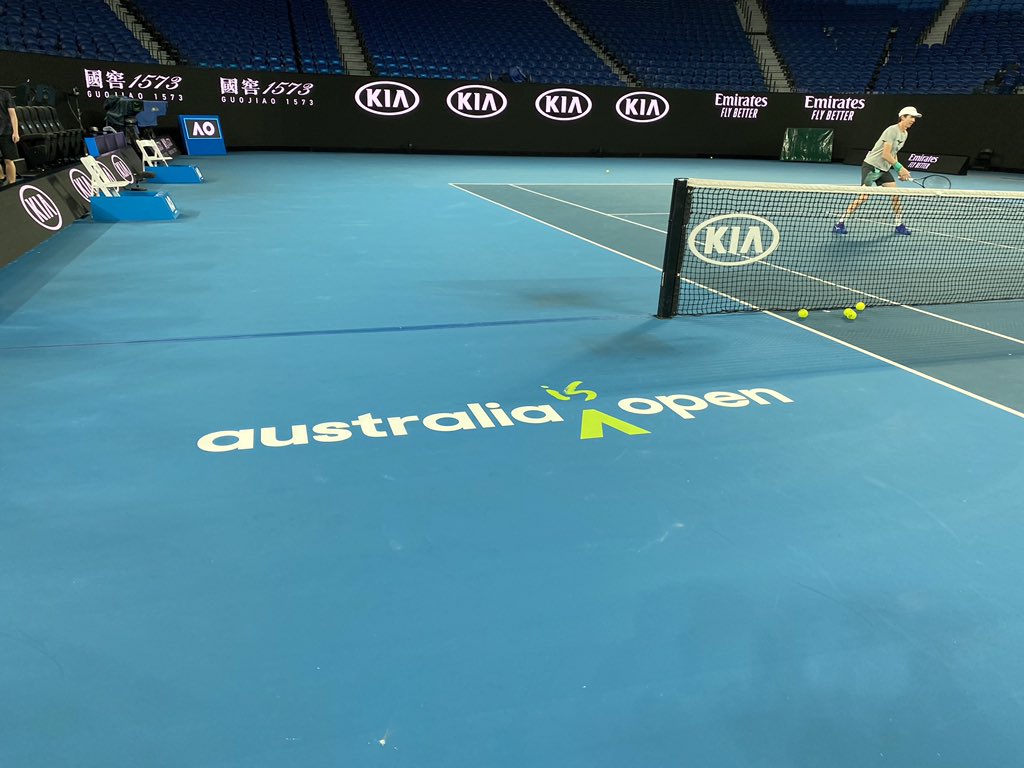 Tennis Australia and Clemenger BBDO have partnered to unveil a show of support to the Australian Tourism industry, with the Grand Slam yesterday re-branding to ‘Australia is Open.’

The change comes as the Australian Tourism industry looks to get back on its feet in the wake of the recent bushfires. International audiences have seen news of the fires and believe that much of Australia remains closed for business.

The truth however is that the vast majority of Australia’s tourism hotspots are open and are crying out for business. They need International visitors to return.

An integrated campaign launched the re-branding of the event on court ahead of Ash Barty’s Semi-Final, where the new logo was unveiled and a video led by Chris Hemsworth was released explaining the move.

Logos around the Australian Open venue, digital screens, on-court markings, outdoor media, digital assets and even Ticketek badging have all been updated.

Additionally, players including Roger Federer, Novak Djokovic, Rafael Nadal and Naomi Osaka are being used across social channels to prove that Australia is indeed open. The tennis stars’ recent experiences playing and travelling over here are being used to help highlight that Australia remains a wonderful place to visit.

Says Paul Rees-Jones, executive planning director at Clemenger BBDO Melbourne: “The Australian Open is not just a world class sport event, it’s a culture brand taking on the responsibility and using its excellence to contribute to the national need. ‘Australia is Open’ is a confident commitment to say ‘we’re back, come and visit’, and there’s not a better global stage to do this from with the positivity and optimism that’s so ingrained in Australian Open tennis.”

Says Craig Tiley, director, Australian Open: “In the face of a serious downturn in international tourism, we want to use the Australian Open’s global platform, and our star players, to show the world that Australia is still open for business, and for tourism.

“Yes, there are still so many areas affected by the terrible fires, and unfortunately that will continue for years to come. But this is a vast island continent and there are still many wonderful places and experiences untouched by the tragedy, and that are open for international visitors.

“Australia is Open branding will appear across the site, including on Rod Laver Arena, during the finals weekend, and we hope it’s something that resonates with viewers around the world. Come to Australia, we are open for business.”

Roger Federer, a leading figure in the Rally for Relief fundraising event before the tournament, has always been keen to promote iconic Australian experiences and encourage visitation.

Says Federer, a six-time Australian Open champion during the globally broadcast event: “I wanted to raise awareness and raise some money. To tell the people to still come and travel to Australia.”

Says Hemsworth: “There’s only one thing I love more than tennis and that is Australia.

“As you all know, Australia’s had an incredibly difficult time these past few months but thankfully, people from all over the world have been there to support us and help us get through it.

“Now we need your help again. We need your help to spread the word that Australia is Open … to all our friends across the globe, we miss you and we cannot wait to have you visit soon.”

Doing so will add to the tremendous collective spirit that helped the recovery process begin. The tennis family alone has raised more than $5.7 million this summer, helped by Rally for Relief, Aces for Bushfire Relief across all events, including the Australian Open and many other generous displays of support.

Stars including Roger Federer, Rafael Nadal, Serena Williams, Naomi Osaka, Caroline Wozniacki, Petra Kvitova, Alexander Zverev, Coco Gauff, Stefanos Tsitsipas and Australia’s Nick Kyrgios have not only donated individually but also participated in the pre-Australian Open exhibition that showcased both their passion for this nation – and inspired many others to offer generous support.

And the message that Australia is Open clearly resonates with that star playing group. As they showed off their best tennis, here in Melbourne during the AO and at lead in events in Perth, Brisbane, Sydney and Hobart, many of the world’s top players have relished – and shared on social media – some famous Australian experiences.

From selfies with famous wildlife, to beach visits and days or nights enjoying signature restaurants, the fan favourites have made the most of Australia, one of their favourite destinations on tour.

“Australia is Open … the welcome mat is out … and we look forward to seeing you soon.”