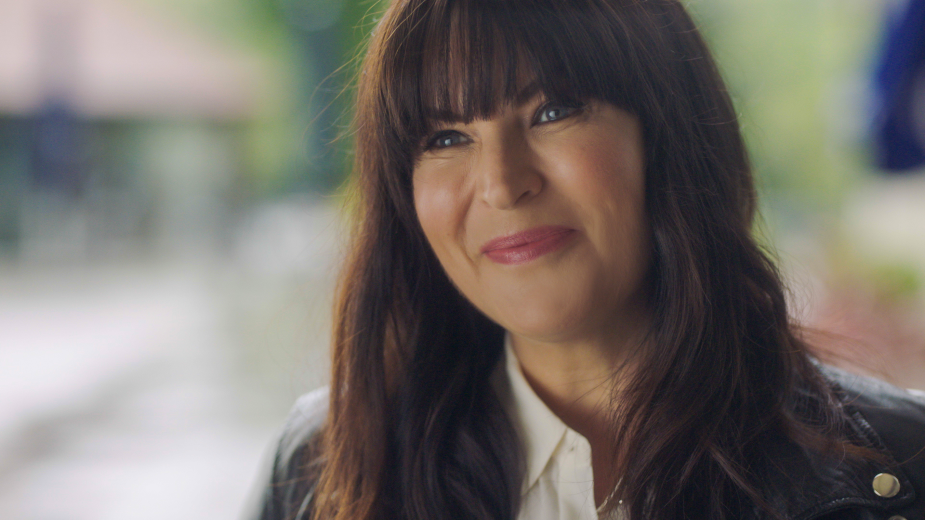 Advert to air during Gogglebox on Friday 2nd October at 9:15pm, fronted by Anna Richardson and Shazia Mirza

TENA Women Has set out to challenge the perception of and the social stigma surrounding incontinence in its latest campaign, in an exclusive new partnership with Channel4, brokered by Zenith.

Driven by Zenith and 4Sales, the campaign aims to empower women of all ages to be more open and honest with themselves and others about incontinence, encouraging them to feel comfortable and confident in their bodies.

Despite One in three women over 35, and one in four men over 40 experiencing some form of bladder weakness in their lives, it remains a taboo subject that people find difficult to discuss.

New Research reveals that Brits find incontinence even more difficult to discuss than depression. Those experiencing symptoms say they are reluctant to seek help because they feel it is not socially acceptable to discuss incontinence, with 56 per cent of women under 34 admitting they think it is embarrassing.

The New partnership aims to break these stereotypes and encourage women to speakout honestly and openly when it comes to incontinence.

The 60 second hero advert airs during Gogglebox on Friday 2nd October at 9:15pm, and is fronted by familiar Channel 4 faces including presenter Anna Richardson and stand-up comedian, actress and writer Shazia Mirza.

The campaign idea was borne from Zenith’s 'Client Confidential' briefing inpartnership with TENA, whereby Zenith challenged media partners to generate proactive and bold solutions to clients’ biggest business challenges, not specific campaign briefs. It continues the journey of TENA’s disruptive #Ageless campaign which launched in March, and ‘The Last Taboo’, created by Zenith, Guardian Labs and TENA, which launched in April.

The Channel 4 partnership was developed through 4Sales’ creative arm PL4Y. TENA, with production company The Outfit, identified a group of relatable women who were happy to share their personal experiences of incontinence on-screen.

The adverts are shot in a cinematic documentary style, cut together in away that shows the women answering off-camera questions such as “What do you call it when you have a leak?” and “Where’s the most embarrassing place it’s happened?”

The campaign builds maximum curiosity as initially viewers will only hear the women’s intriguing yet relatable, honest answers. These upfront anecdotes include Anna Richardson admitting to ‘fully wetting herself’ on a friend’s expensive new trampoline, and a new mum opening up about her first jog after giving birth.

Each spot will urge viewers to talk more openly and honestly about incontinence to help work together and eradicate this last taboo.

A series of five-second teaser ads broke on-air on 26th September and ran across the week to build excitement for the full 60-second ad launching during Gogglebox on 2nd October. A 30 second version will continue to run from 2nd – 31st October.

The campaign will also run across More4 and Channel 4’s free streaming service All 4 and will be amplified with #iwillbeme social content, facilitated by Zenith.

Lisa Myers, marketing manager at TENA, said: “Continuing on the success of our#Ageless campaign, we want to show all women, regardless of age, that incontinence should be talked about more openly, without having to feel reluctant due to the societal stigmas that currently come with it. If we all learn to talk more openly and honestly, starting with those that contribute to that stigma, then we hope incontinence sufferers will not only seek any help they may need – but also feel empowered to live the life they want to live.

“Working With Channel 4, a partner that’s not afraid to challenge perceptions and inspire change, we can really challenge how incontinence is perceived in wider society, by giving these brilliant women a platform to share their experiences and encourage others to talk about incontinence.”

Ingrid Leddin, business director at Zenith, said: “Breaking Taboos runs deep within Channel 4’s DNA. There was no better partner for TENA when it came to this bold and brave broadcast campaign, which aims to tear down the societal stigma surrounding incontinence, get people talking and empower all women.”

Angus Mitchell, agency and client sales leader at Channel 4 said: “This exclusive collaboration with TENA aims to normalise a taboo subject by making it more visible which goes right to heart of Channel 4, known for shifting taboos and creating groundbreaking content. It’s a creative campaign that’s sure to get Gogglebox viewers talking!”

Campaign title: I Will Be Me

Sound: Will Morton, The Outfit