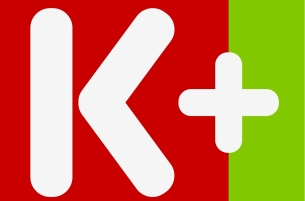 A total of three agencies were invited for this pitch which was overseen by VSTV/K+ team from Vietnam and representatives from Canal+ Overseas.

K+ entered the Vietnam market in 2009 as a DTH pioneer with exclusive English Premier League content. Since then it has garnered a subscriber base of more than 800,000 thanks largely to the soccer craze in Vietnam. By using Direct to Home (DTH) and advanced technologies, K+ brings quality national level satellite TV service to Vietnamese households via SD and HD set-top-boxes at competitive prices, offering 4 K+ premium and exclusive channels, up to 130 SD channels and 10 HD channels across genres: sports, movies, general entertainment, news, music, and documentaries.

Commenting on this development Mr. Frederic Berardi (pictured here), COO and CFO of VSTV/K+ said:  “Whilst K+ has made a name in the Vietnam television space, our brand now needs to take the high ground as an entertainment hub for Vietnamese homes via exclusive, premium content. JWT demonstrated to us strong understanding of the big picture, the road map and they combined that with an entrepreneurial mentality, so essential as we seek to drive change in a fast evolving market.”

As part of the restage program, K+ has been enriching the content on its 4 exclusive channel’s with key investments in 2015. This includes strategic partnerships with leading film studios, BHD (Vietnam) and CJ (Korea) to beam latest Vietnamese movies into Vietnamese homes, only few months after their release in cinema. Another one is the exclusive acquisition of ATP World Tour series for the next three seasons (2016/2017/2018) which has just been announced.  In 2016, more new enhancements are going to be unveiled.

Said Saby Mishra, CEO JWT Vietnam who led the pitch effort: “For J. Walter Thompson this is a real honor to work with the country’s premier broadcasting venture. We are excited about the opportunity to work with the VSTV/K+ team and pioneer a true premiumization inflection-point in a broadcast market where free-to-air analogue terrestrial has been the norm for long.”

“The challenges of digital switchover will however vary significantly across ASEAN region, depending on market conditions. In case of Vietnam, its 23 million TV households in a population of 90 million, is showing an appetite for quality content so we believe that there is now headroom for creating a mass-premium segment via exclusive content, smart value propositions, branding and creativity,” said Mishra.