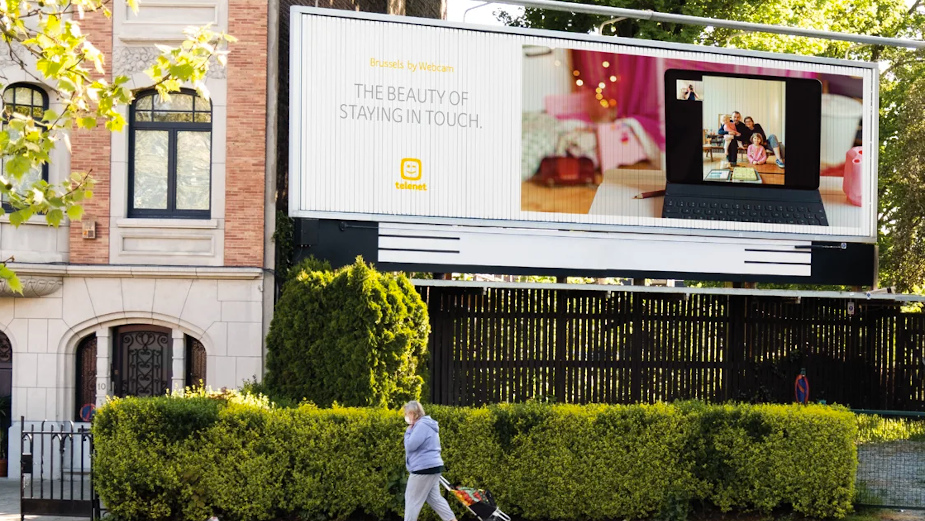 Brussels may be looking desolate, but it’s far from defeated. Behind the imposing facades, the people of the capital of Belgium are dealing with the consequences of the lockdown as creatively as they can. Despite the social constraints, its inhabitants are more connected than ever. That’s what photographer Jef Boes wanted to capture with a series of online portraits by webcam. Commissioned - and facilitated - by telecom provider Telenet and TBWA\Belgium.

Brussels a bustling city brimming with passion and culture, looks like it’s in a coma.

It’s closed shops, silent cafés and empty restaurants create an atypical impression for an atypical city. Yet, under the surface lives a strong feeling of connectedness among its inhabitants. It’s exactly that sentiment that Telenet wanted to see expressed with a new campaign. Together with Jef Boes, a renowned photographer from Initials LA, they created a series of lockdown portraits. Captured via webcam.

Jef Boes, frustrated by the limitations of the lockdown, used FaceTime and Skype to accomplish this unique project. “I think this peculiar situation is a unique moment in our lifetime,” the 37 year old photographer says. “And curiously, I felt a lot of solidarity among my subjects while working with them. Something you don’t specially notice in normal circumstances. I wanted to capture that emotion, in the hope that it can make a difference to people who feel lost. It would make me happy if they feel less isolated.”

As far as production goes, the realisation of the portraits was a highly unusual process. Everything from casting and pre-production meetings to the shoot itself and the post-production treatment was done from home by everyone involved. Ad agency TBWA\Belgium, at the origin of the idea, was responsible for finding the six personalities to represent Belgium in lockdown. And each of them had an authentic story to tell about coping with life during this situation. “Together with my subjects, we sought for the right spot in the house”, Jef explains. “With the right amount of daylight in the right angle. We took the photos mostly in the morning or at sundown. As a photographer, I also learned to look for lines to subtly guide the eye to the subject. The rest is a matter of giving clear directions to get the person in the right spot. I gave them the freedom to be themselves. Everything happened very spontaneous from the first portrait on.” 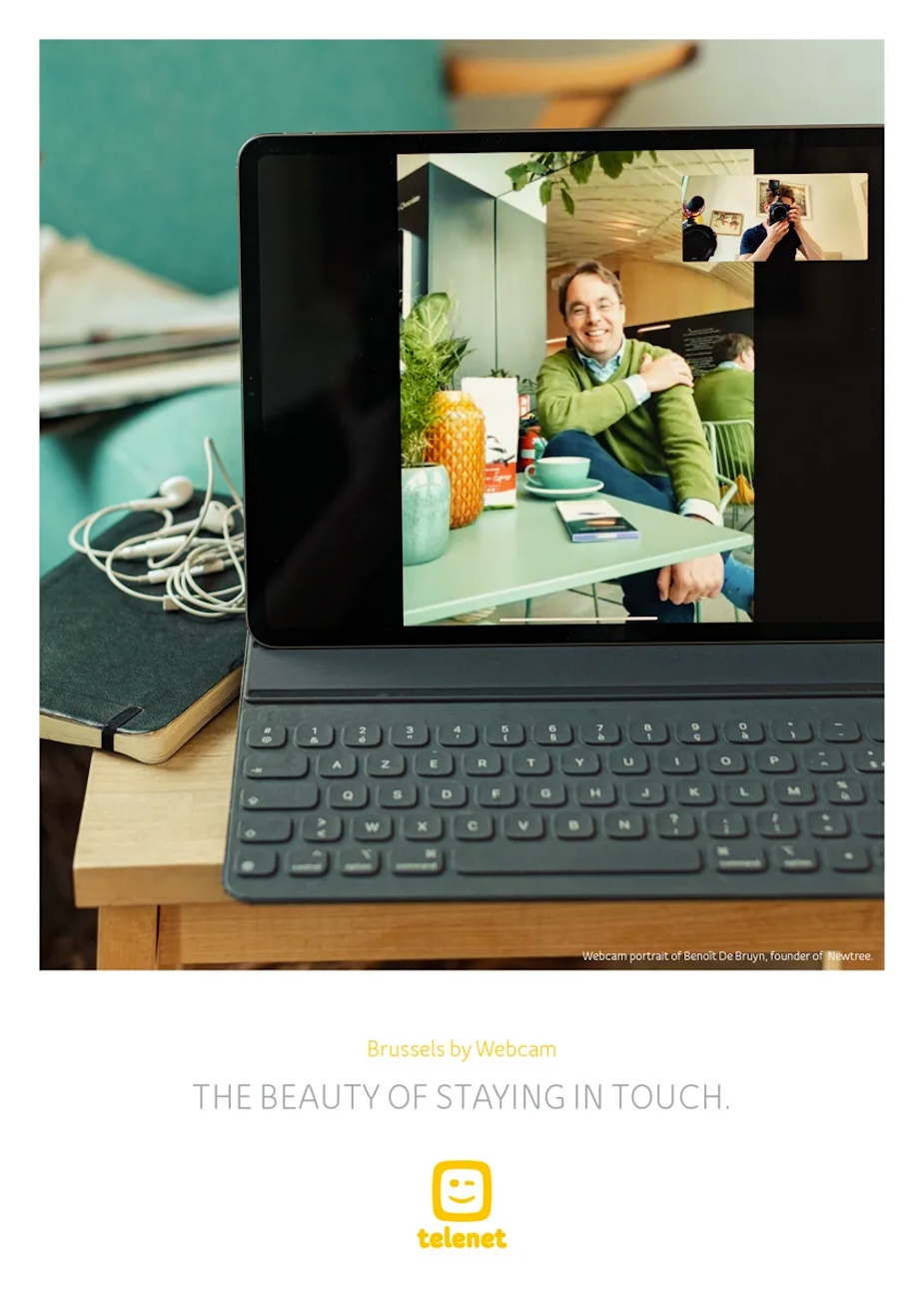 Besides comedian and comic book artist Fred Jannin, the couple Nathalie and Jean-Louis Hennart, owners of the iconic jazz café L’Archiduc also posed for Boes. Their portrait will be displayed on a giant poster right in front of the closed bar in the Rue Dansaert in Brussels. A nice mark of support to the hard-pressed entrepreneurs. Other portraits show inhabitants from different communities and other parts of the city, each with their own story. Among them Dounia Farid, Hicham Farid, Nadir Farid, Valerie De Ketelaere, the family Bevernage and Benoît De Bruyn (NewTree), who can be admired in print as as well as online.

Get your own portrait

Telenet added an online activation to the campaign by allowing dozens of locked-up inhabitants to have their own webcam portrait. The campaign also consists of radio, mini-documentaries and making-of videos. In addition, the telco provides lots of tips, tricks and creative solutions to get through this period on the platform www.telenetsamenerdoor.be.