A big turtle rescue is on the cards this time round 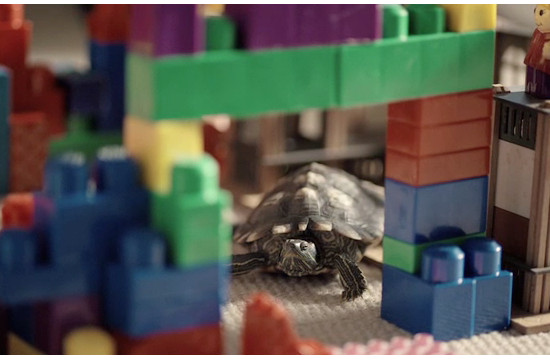 When Telecom’s Tommy and Boris launched onto New Zealand TV screens earlier this year the loveable duo quickly became stars of the country’s favourite TV ad. Now the bright-eyed Tommy and his pet turtle are back delivering more great value with their subtle humour and characteristic charm.
In the second round of the campaign, launched this week, Telecom and Saatchi & Saatchi promote Telecom’s brand new Open Smartphone plans – Telecom’s best ever.
Charlotte Findlay, Head of Brand and Insight at Telecom said, “With the new Open Smartphone plans, Telecom now delivers more options than ever for customers on the Smartphonenetwork.”
“With the freedom of no fixed terms, no cancellation fees and the option to move between plans at any time, these plans are designed to give smartphone users more of what they need, with even greater flexibility.”
Corey Chalmers, a Creative Director at Saatchi & Saatchi said: “now Tommy & Boris are firmly established in the hearts and minds of New Zealand, we wanted to delve further into Tommy’s active imagination. Here he heroically frees Boris from a play fort using his smarts, the odd bit of subtle tech, and a very cool home made turtle costume.”

‘Escape’ is the first in a series of planned TV and radio executions that will be rolling out in the lead up to Christmas. Kiwis can expect to see more Tommy and Boris out and about as well as continuing character development of Mum, Dad and sister.