TEDxYouth@Sydney Announces Second Round of Speakers 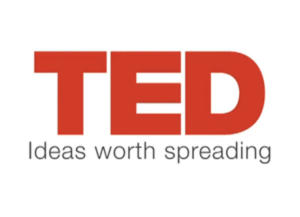 Amongst this year’s list of speakers, a business leader, an aeronautical engineer, a mathematician, an artist, a farmer and a school age inventor share their perspectives on our global future.

“We are really excited to share with you our next round of speakers and performers who will be joining us on the TEDxYouth@Sydney stage,” says Fenella Kernebone, TEDxSydney’s Head of Curation. “Their perspective on our global future and creatively solving problems both past and present is extraordinary. To be able to find and work with these young Australians who are excelling in their field at such a young age is a game changer for such a diverse range of industries.”

With the theme of 'Shifting the Future’, it’s a chance to hear from younger speakers who see the world in a different way. Their fresh eyes and new solutions encourage a different way of thinking and inspire our young audiences to shift the future.

Additional speakers that have been added to the all-star lineup are:

Speakers previously announced for TEDxYouth@Sydney event day line up are:

- Ivan Zelich - young mathematician, who at the age of 17 developed a groundbreaking theorem that took the global scientific community by storm

- Nick Molnar - entrepreneur and founder of fintech company, Afterpay, that went public on the Australian Stock Exchange in 2016

- Emily Wurramara - young Indigenous musician and seasoned performer who sings in both English and Anindilyakwa, her original language

This year’s event is supported by the University of Sydney as the principal partner of the event, Major Partners UniJunkee (oOh Media), Viostream and Event Partners City of Sydney and Acer.

Tickets are now on sale here.