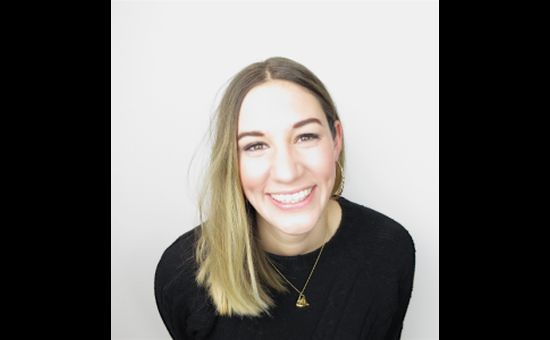 Judging for the Music+Sound Awards 2016 is just around the corner, so the team at Music+Sound catches up with Wave Music creative producer Sarah Giles.  They talk favourite ads, tech, hopes, advice and that most pressing of questions… the Desert Island Disc.

It’s not just because we worked on it… but Aldi’s take of the Man On the Moon by McCann Manchester is spot on. Excellently timed, perfectly satirical and with the surprise visit from Jean the Gin lady, they won Christmas this year as far as I’m concerned.

What’s the most recent piece of tech you’ve bought and why?

I’m not sure it falls under the ‘tech’ category but I’ve just bought an upright piano for my flat. The landlord doesn’t know, I don’t have space, I have to move out in six months and I’m certain my neighbours hate me, but it sounds beautiful and makes me feel like less of a music suit if I’m playing, too.

At the moment it’s cold, wintery and everybody has the flu. The thought of listening to Pete Rodriguez’ ‘I Like It Like That’ on repeat on a desert island is, quite frankly, a heart-warming dream right now.

What’s the most significant change you’ve witnessed in the industry since you started out?

Quite a few of the big campaigns we’ve worked on this year have been experiential ones, which is a definite shift to previous years. There’s so much opportunity for live music and sound in an experience, and it makes it a really exciting time to be in the industry.

If there was one thing you could change about your industry, what would it be?

It’s an obvious and understandable one – but it’s so frustrating when the client wants Champagne on a Lambrini budget. Musicians are beginning to rely on sync and licensing fees to fund their personal creative projects, which will keep us all moving forward. Please pay them fairly so we can keep being creative!

What one piece of advice would you give someone relating to approaching music in their project?

Projects we’ve worked on have always been more successful if the client lets the artist be an artist. It’s right to have a brief but it’s great to chat about it with the composer or music supervisor - it’s always worth asking their opinion and taking it on board. You don’t have to agree but usually it’s worth a try.

There’s a fire in your studio and you can save just one thing – what would it be?

As a last resort I’d probably opt for my colleagues. Everything else is online and backed up… right?

Have you worked on anything in the last year that you’re really excited about?

Other than getting to speak to and work with amazing musicians and creative people on a daily basis, I’m particularly excited about the aforementioned experiential projects that have begun to come our way. It’s so exciting to be a part of new technologies and adventures, and being a music company based at Wave Studios with access to the Dolby Atmos Suite obviously gives us a massive advantage.

For example… we recently completed a project with Dalziel & Pow, for Primark’s new Madrid Store opening. We created a bespoke, eight channel, 360° music and sound mix for an atrium that spans four floors of the 133,000ft squared store. There’s around 45 minutes’ worth of cinematic content that plays out across 11 interconnected transparent screens. It was a challenge to perfect, and a lot of late nights, but totally worth it. See the making of here! https://vimeo.com/143734582

Wave Music is a sponsor of the Music+Sound Awards 2016