INFLUENCER: Adam Grint, Creative Director at The Mill’s London Studio, discusses his hopes and expectations for VR in 2016 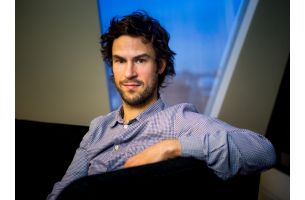 Not since my early days in the world of VFX some 15 years ago have I felt such a pioneering spirit in our industry. The allure of the unknown is irresistible; the possibility to be the first at something - to create something truly original.  It’s an opportunity that doesn’t come around very often.

That’s why so many people are rightly and enthusiastically hopping aboard the VR train. To outsiders, the windows of that train have been pretty steamed up until now - just the odd limb or face pressed against the glass to give us a glimmer into what’s in store. But 2016 should wipe the window clear, enabling consumers and creatives to peer inside for themselves.

Giant leaps were made in 2015 in VR technology. The experience of being immersed in a virtual environment now warrants the slightly ungainly process of strapping a piece of plastic to your face and staring into the void.  It’s finally somewhat more usable and accessible, and has the power to induce a sense of wonder like no other medium.

I think 2016 will be all about uptake and quality content. But how will we actually experience this stuff? Those on the inside are licking their lips almost daily at the creative possibilities of dedicated VR headsets (Oculus, Vive and Playstation VR). Deeper immersion yes, but mass adoption – maybe not just yet, until the price doesn’t stand out quite so sorely on your bank statement. However, the ubiquity and far lower price point of mobile devices will probably allow them to trump these dedicated VR headsets in terms of take up.

The possibility of interacting with others in a virtual space with Oculus’ Toybox for the Rift showed us that interacting with another person in a virtual play space not only works but is pretty fun. Once the processing power is there through advances in mobile computing and realtime cloud rendering, it will be exciting to see further iterations of this type of social VR on mobile devices. In addition, realistic avatars, courtesy of facial recognition, will make our virtual interactions more life-like.

But perhaps the most exciting technical breakthrough, that may cause the windows of the VR train to blow out entirely, is the emergence of light-field technology. Live action based VR experiences have to this point been restricted to 360 degree content from a fixed viewpoint. Light-field technologies will completely re-fresh the method in which we capture moving image. Instead of light hitting an image sensor to produce a flat, 2D image, light-field cameras capture not only the origin of the light source, but all of its data, in all directions. Armed with this, we have additional degrees of freedom to navigate the entire scene from any angle we choose. It’s truly revolutionary and has the power to take us a giant step nearer to absolute immersion with live action source material, as well as fundamentally changing traditional image capture techniques.

Regardless of how you experience VR over the coming months, my hope and expectation is that 2016 will be the year of QUALITY CONTENT; aided and abetted by new technology. Engaging content has to rise to the top to give meaning to all the earnest endeavors in the science labs. The winners will be those who are able to harness the relevant technology, ally it with strong creative suited to the medium, and then distill it down to a concept that consumers can easily digest. The tech will then just fade into the background.

What we have in store is a true collaboration between scientific research and creative thinking, which is pretty exciting in itself. Someone just needs to draw a heart on the steamed up window of VR, to let everyone know, that those on the inside making this stuff, still know what’s important - after all, if we fail to make the human connection and affect people emotionally, then we will have missed the opportunity afforded to us by all this wonderful shiny new tech.