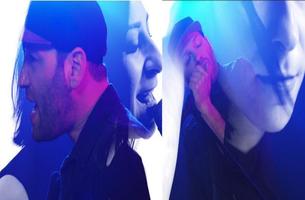 Buncher and Simons were a couple for years, but Dani’s coming out as gay ended their romantic relationship.  Instead of going their separate ways, their undeniable chemistry was channeled into their musical collaboration, which became TeamMate. “Damage,” released earlier this year is off TeamMate’s self-titled debut album, released by Rostrum Records on 2/16. The nine song album documents the journey of the band's relationship through infectious melodies and epic choruses.

“Damage” is a particularly poignant and important part in their story. This song is about the turning point where the two decided that despite no longer being a couple, they should become “TeamMates” and continue to make music together.  “Keeping in the true spirit of our name,” says Simons,  “we co-wrote and self-produced all of the songs (except for one, which was co-written with our good friend Nate Campany) and sing close to 90% of the album together in unison.”

Looking to mirror this sense of partnership and collaboration in the visual presentation of the music, the band hooked up with McCoy | Meyer who were able to capture their chemistry and incredible live show on film.

"It was our privilege to work with such inspired artists as Dani and Scott,” says Eric McCoy and Justus Meyer.  “‘Damage’ echoes a history the duo shared before they became ‘Teammate’. We wanted our concept to reflect this history; two parts of a whole, joined together to create one powerful, artistic voice."