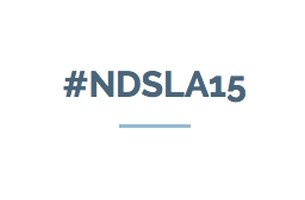 This year the New Directors’ Showcase celebrated its 25th year at Cannes Lions International Festival of Creativity with a triumphant event where Saatchi & Saatchi presented 25X25: An Experiment in Film, before revealing their selection of the year’s best new directorial talent.

The Experiment in Film was created by 25 well known directors who had previously featured on the New Directors’ Showcase as ‘unknown’ talent, the 25 outstanding NDS alumni were asked to create a 1-minute film that included a prop from their original Showcase film. The result of their combined work is titled ‘25x25’. The 25x25 film received fantastic reviews following the Cannes premiere with Ann Diaz of AdAge calling it ‘A Dazzling experiment in film.’

The LA screening will show the NDS Class of 2015 straight after the 25X25 film.

Chris Graves, Chief Creative Officer at Team One, commented: “As members of the Saatchi & Saatchi Worldwide Creative Board, we’re responsible each year for selecting the finalists for the New Directors’ Showcase, a celebrated tradition of Saatchi & Saatchi for the last 25 years. It’s an honor to introduce an incredibly talented group of new directors to the Los Angeles world of advertising, film, media and production, and the United Artists Theatre at the Ace Hotel is the perfect backdrop.”

Andy Gulliman, Saatchi & Saatchi Worldwide Director of Film & Content, curator of the New Directors Showcase and Producer of the 25X25 film for the NDS 25 year Anniversary commented: “25 years since the first NDS event in Cannes, we are still committed to providing a global platform for new directing talent. And by Producing ‘25x25: An Experiment in Film’ created by 25 iconic directors, we have proved that our loyalty to talent is still strong and ‘Nothing Is Impossible.’”