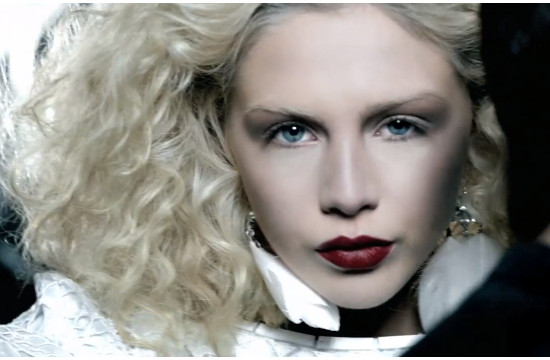 Team One has created two new spots for the 2014 Lexus IS, titled “Crowd” and “Color Shift."

In “Crowd,” a group dressed head-to-toe in black, pulses to a song at an open-air concert. During this scene, an attractive man and woman both dressed in white join together and escape the sameness of the pack. The IS F SPORT peels away and heads to the open desert, the antithesis of the previous crowd. The spot emphasizes that things designed to draw a crowd are good, but leaving the crowd behind is more rewarding.

The second spot, “Color Shift,” shows it’s more fun and exciting to blend out than blend in. A white IS F SPORT speeds through a graphic white background, and then the spot cuts to a black IS 250 driving through a similar black background with parallel stylized moments. Dressed in their respective world’s color, two women give each other a confident high five as they, alongside the IS vehicles, cross into the contrasting world. Both the women and the cars are beautiful when they blend in, but exquisitely stand out when they dare to be different.

Devo’s Mark Mothersbaugh created the original music and the spots were shot through the lens of renowned Swedish film and music video director Jonas Åkerlund. His wife, wardrobe stylist B Åkerlund, brings a sophisticated level of styling to the spots, creating angular, iconic looks with contemporary yet timeless clothing and accessories.

“Crowd” and “Color Shift” will air today on NBC during this year’s U.S. Open Championship. “Crowd” will also be running in movie theaters beginning June 21, and additional Lexus IS marketing campaign elements will be launching in the coming months.