Team One Breaks the Circle for Stunning New Lexus Spot 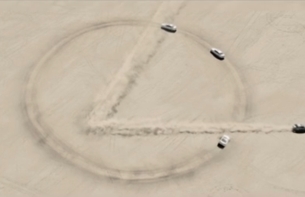 Brewster Parsons, the award-winning visual effects, CG & design studio, has completed VFX for a new Lexus commercial, which literally runs circles around its competition. Created by Team One for Lexus, and helmed by the Sweet Shop's Iain Mackenzie, the racy new spot entitled Break the Circle showcases the power of the Lexus GS sedan and its Pursuit of Perfection.

In stark contrast to the vultures circling the luxury competition, the Lexus GS 350 with its power and speed breaks through the pack leaving its competitors in the dust. We see the sedan tear through the desert landscape alone, a shining visage on an otherwise desolate landscape.

Brewster Parsons VFX Supervisor/Lead Flame Artist Andrew Eksner worked closely with the creatives from Team One and Director Iain Mackenzie to give the film a very specific look. "Subtle changes made a dramatic impact," notes Eksner. "My biggest challenge was to balance saturation, contrast, and strong vignettes, to come up with something unique and great."

"Collaboration with the Director and agency from the out-set was key," explains Eksner. "Iain had a very strong vision and we were able to apply it to every step of the process including the pre-vis."

Pre-vis for this project served as the blueprint for everything that followed on set and in post-production. This allowed the production to more easily plot the day on a very aggressive shoot schedule in the desert. Recalls Eksner, We only had so many hours of daylight and we used the pre-vis notes to leap-frog set-ups to keep things moving from lensing, to camera height and focal length. Iains team pulled the shoot off with military precision.

Eksner explains that every shot in the spot involved several local adjustments in order to create the final result. This was difficult because of the heavy contrast environment,. He points out, "We were chasing the sun toward the latter part of the shoot. In some shots, the difference in exposure between different sections is very high, yet the combined result is convincing." 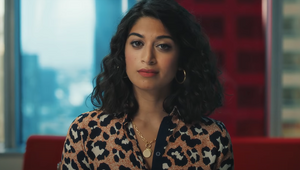 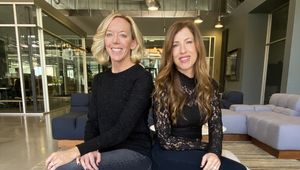 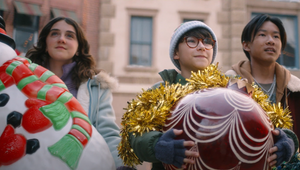