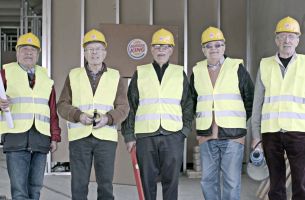 Every day, hundreds of Italians ask when and where a new Burger King restaurant will open. How could Burger King alert them when their new restaurants were opening in a cool and unexpected way?

Milan-based agency The Big Now's idea came from the analysis of an up-and-coming trend in Italy: the 'Umarells'. 'Umarell' is a slang term used to describe elderly retirees who love to spend their free time – which is a lot – watching construction sites, dispensing advice that no one listens to.

Through a targeted recruiting process, the agency chose five Umarells to become the #KingofUmarells to help build a new Burger King.