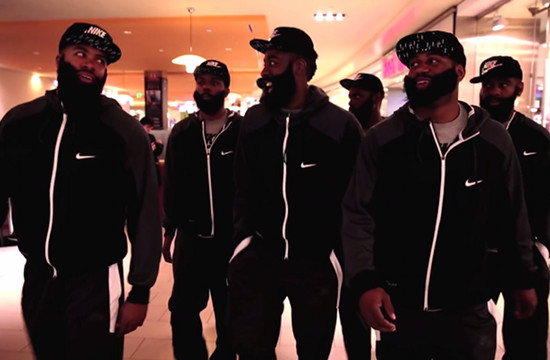 BBDO New York recently fielded this fun mall stunt for Foot Locker as a follow-up to the brand's TV ad, “Disguise”, which debuted earlier this month starring James Harden. As you may recall, the ad featured Harden donning a disguise in order to be able to take advantage of all the latest cool gear available at Foot Locker in February.  The stunt (pulled off at the Houston Galleria) involved bringing the commercial to life by dressing up other people in beards so they would look like Harden.  People’s real-life reactions were then captured. The video was posted online a few days ago and has captured over 100,000 views.