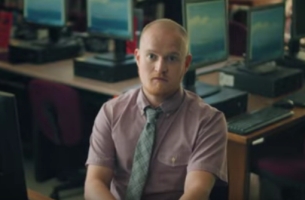 Droga5 is kicking off the week with a new campaign launch. This past summer, the agency launched our first campaign for Clearasil, 'Let's Be Clear.' Today, the agency has launched the next phase of the campaign, "Teacher Truths."

Being a teen can be overwhelming, and today’s teens are stressing out more than ever. They’re stressed about grades, getting into college, acne, asking people to prom in the biggest way possible, etc.

Clearasil understands this, and wants to help reassure teens that it’s all gonna be okay–their acne will end and so will their other high school troubles. Pretty soon, they won’t even need Clearasil anymore.

Droga5 created a program called “Teacher Truths” where teachers put teen acne into perspective by sharing examples of things that really DO last forever. Things like, reading the Scarlett letter over and over or smelling BO all day long.

The hero film shows real teachers sharing their Teacher Truths and leads to the #TeacherTruthsContest–a chance for teens to enter to win a $5,000 scholarship from Clearasil if they submit their teachers’ teacher truths on either Twitter or Instagram.

"I loved being a part of Clearasil's "Teacher Truths" campaign because someone finally gave that quiet little inner voice inside all of us teachers an actual voice. We think it, and Clearasil let us say it. Plus, think of all the bonding we will create with our students...as they laugh at us," says Kelli Dawn Hancock, a teacher featured in the film.