The Type Directors Club, the world’s leading typography organisation, has renamed its annual BIPOC student scholarship as the Adé Hogue Scholarship, in memory of the talented young designer.

The 2022 call for entries for that newly rebranded program and the Beatrice Warde Scholarship for female-identifying students globally is now open. Both scholarships have an entry deadline of March 31st, 2022, and are sponsored by Monotype.

The organisation has renamed its TDC Superscript Scholarship recognizing BIPOC students studying type design at a US college or university as the Adé Hogue Scholarship, in commemoration of gifted up-and-coming Chicago-based art director, designer, letterer, and avid cyclist Adé Hogue. who died as a result of a riding accident this past November.  The name change was made in cooperation with the newly formed Broderick Adé Hogue Foundation.

Originally from Asheville, NC and based in Chicago, Hogue loved bringing ideas to life with skill, craft and ingenuity.  His work included hand-crafted lettering for major brands such as Nike, Facebook, Nickelodeon, and Target, and in 2021 even developed an airplane livery for Alaska Air.

TDC will award the $5,000 scholarship to an outstanding BIPOC student who is a US citizen or in possession of a Green Card, and currently in their junior year of college or first year of graduate or postgraduate school in the US who demonstrates exceptional talent, sophistication and promise in the design and creation of letterforms (typeface, lettering or calligraphy). The scholarship will be applied to the selected student’s final-year tuition that begins in September 2022 and concludes in June 2023. The jury will be announced shortly.

“Adé Hogue was singular in his craft,” said Bobby C. Martin, Jr., former TDC Board member and Scholarship Chair. “He infused his work with an inspiring energy and always memorable whimsy.  We lost him too soon, and so would like to see his name live on. In conjunction with Monotype and the Adé Hogue Foundation, TDC is changing the name of Superscript, a scholarship for BIPOC designers, to honour the life and work of Adé Hogue. In his name, the Adé Hogue Scholarship will go on to support and inspire many more young, talented designers of colour.”

TDC has also opened the call for entries for the Beatrice Warde Scholarship, recognizing a female-identifying college student globally in their next-to-last year of undergraduate study whose work demonstrates exceptional talent, sophistication, and skill in the use of typography across current media. The $5,000 scholarship is open to students globally.

Beatrice Warde (1900-1969), a journalist, typographical scholar and communicator on typography, was the first female member of the TDC. She enthusiastically believed in the merits of education and championed them throughout her professional career with Monotype.

The criteria for the TDC Beatrice Warde Scholarship extends across disciplines, including design criticism, type design and graphic design, since Warde was a writer and educator who became the promoter of the Monotype works.  Just as she encouraged the best use of the technology of her time, students are encouraged to demonstrate the application of typography to all forms of digital as well as print media.

Entries to the TDC Beatrice Warde Scholarship program will be judged by a prestigious committee including:

Shelley Gruendler, creator of TypeCamp (did a Ph.D on Beatrice Warde)

In addition to the financial awards, the winners of each scholarship receive a one-year TDC student membership, which includes a copy of the TDC Annual Typography 42, and complimentary admission for all TDC events.

The One Club for Creativity, producer of The One Show, ADC Annual Awards, Type Directors Club Communication Design and Typeface Design awards, Young Guns and Creative Week, is the world's foremost non-profit organisation whose mission is to support and celebrate the global creative community. The One Show is a top global awards show for advertising, design and digital marketing, focusing on the creativity of ideas and quality of execution. Established in 1921, the global ADC Annual Awards is the world’s longest continuously running creative award for advertising and design, honouring excellence in craft, design and innovation. Creative Week takes place in June, and is the preeminent festival celebrating the intersection of advertising and the arts. 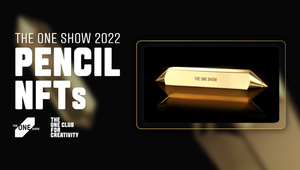 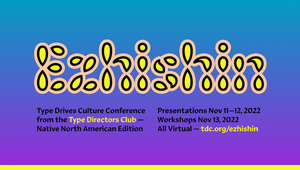 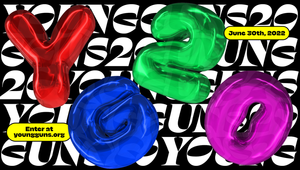 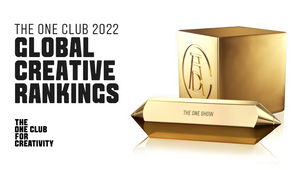