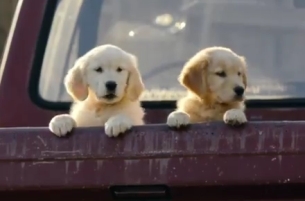 With a sweet, American heartland soundtrack, a dad and his son fix up a dusty old country store, where the son can't keep his eyes off some adorable puppies for sale.

The dad goes to purchase a puppy, but things don't go quite to plan.