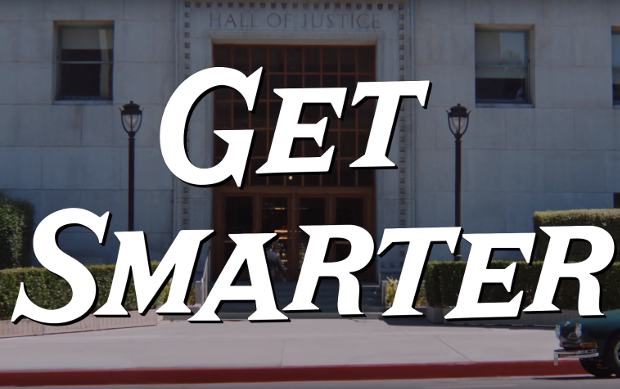 With the recent elimination of commission fees by most big brokerages, the industry is more competitive than ever in the fight for investors’ attention. TD Ameritrade chose this inflection point to launch their new campaign ‘Where Smart Investors Get Smarter’.
To make a critical, immediate connect with its audience (Gen X and Boomers investors), TD Ameritrade and Havas New York created a meticulous replication of the opening from the beloved 60’s television program ‘Get Smart’ as the first spot in the new campaign – ‘Get Smarter’.
In 'Get Smarter', we see Jim, TD Ameritrade’s spokesperson, take the place of Maxwell Smart, pulling up in a classic Volkswagen Karmann Ghia, entering through the Hall of Justice, through the security doors, into the Green Room, replacing the credit titles with a version of TD Ameritrade’s most differentiating selling points.
TD Ameritrade and Havas took all measures to replicate the opening credits from this spot – everything from the typeface of the supers, to the set build, theme song, Volkswagen Karmann Ghia – even Jim’s idiosyncrasies - in hopes that the level of craft resonates and is appreciated by those familiar with the original show.
After conducting significant research with its self-directed target, TD Ameritrade determined that learning and growth are areas investors care deeply about - even more so than making money.This transformation establishes a fresh brand tone and paves the way for TD Ameritrade to highlight the resources it offers knowledge-hungry investors.
'Where Smart Investors Get Smarter' marks an evolution of TD Ameritrade’s iconic 'Green Room' campaign. In its newfound maturity, the Green Room is a place where educated investors can seek further learning.
“To launch our new campaign ‘Where Smart investors Get Smarter’ we leveraged nostalgia to not only entertain but to make it undeniably unforgettable. Frame by frame we exactly recreated the iconic title sequence to the TV show 'Get Smart' and replaced Maxwell Smart with our TD Ameritrade spokesperson, Jim. We also replaced the 'Get Smart' titles with TD Ameritrade’s features to create something that resonates with all investors. Hopefully Mel Brooks (the original creator of 'Get Smart') will also appreciate it” – said Harry Bernstein, CCO of Havas New York.
“This new platform underscores the one trait that makes our company and great investors alike: knowledge and the never-ending pursuit of it,” said Kerin Morrison, managing director of brand and advertising at TD Ameritrade. “We learned through research that our target audience finds knowledge to be just as valuable as the money they’re making. While we’ve always understood that being smart with money extends beyond just making it, it’s important we show investors - whether seasoned or new - that we have the resources to let them do both. This is especially important at a time when they’re empowered to pick a brokerage based on those capabilities.”
view more - Creative