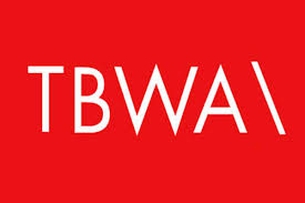 Nick Barham, Chief Strategy Officer of TBWA’s Los Angeles office, adds responsibilities as Global Chief Strategy Officer to his existing role. He will continue to lead the LA office’s strategy department as part of its executive team, in addition to being charged with leading the TBWA network’s Disruption practice and planning function.

James Vincent and Emmanuel Andre will also assume the title of President, International. James, who was a founding member and CEO of TBWA\Media Arts Lab, will lead the charge in developing new and innovative client models for global client business and building out new partnership models within the network. Emmanuel will be in charge of TBWA’s network culture, training and development programs, with the goal of creating one of the most enviable talent development programs in the industry.

Troy Ruhanen commented, “These appointments are a conscious move from a generalist model of operating to a more focused, less traditional model. We have a strong bench of talent to work with at TBWA and these moves are intended to build on the individual strengths of these people, allowing them to be more entrepreneurial and take ownership of the future of our company. These individuals are agents for change and will lead our agency to success in these areas.”

The move to a more focused versus generalist model among global executives is reflective of a further change to the regional operating structure of the company away from a traditional regional setup.

The traditional regions will be reorganized outside of the global client markets. Europe, Middle East and Africa will be consolidated into two groups headed by Kris Govaerts and Cem Topcuoglu. Govaerts, CEO of TBWA Belgium, will in addition oversee operations in Western Europe excluding the Global Client Markets. Topcuoglu, CEO of TBWA Istanbul, will also oversee Central and Eastern Europe, the Middle East and Africa.

Asia Pacific will be divided into three focused regions including Asia, Oceania and Greater China. Philip Brett will assume the role of President, Asia, with oversight of all three. TBWA’s regional operations will relocate from Hong Kong to Singapore, in alignment with many of the region’s key clients. Paul Bradbury continues to lead Oceania as CEO of Whybin\TBWA in Australia and New Zealand.

Ruhanen concluded, “We’re adding some great talent to the network with the addition of Juniper Park in Canada and the appointment of Nils and Joanne in Greater China, strengthening our bench in two core markets. We are making a pledge to increase female leadership in our company with Project 2020, and having Jill and Joanne leading two of our key offices is testament to our belief in that initiative.

“Aligning our business with those of our global clients and moving away from a traditional regional structure will allow our leadership and markets to be more entrepreneurial because they are not operating in a traditional structure. Instead of being generalists, we’ll be specialists with a critical area of focus.”