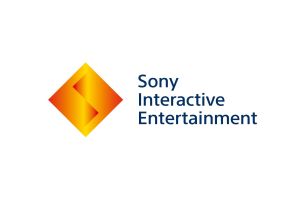 PlayStation has delivered innovative products to market since the launch of its first console in 1994, and is recognised as a global leader in interactive and digital entertainment. The latest PS4 console has an increased emphasis on social interaction and integration with other services and devices.

Through the campaign, Sony hopes to boost PlayStation’s brand awareness, and appeal to new users by showcasing PS4’s wealth of gaming and entertainment capabilities.

“The time is right to reach out to new customers in Asia’s maturing markets, highlighting the PS4's role as a full entertainment system – not just the leading games console, but a portal to access a world of entertainment, including Netflix, Spotify, YouTube and much more,” said Teoh Wah Keong, Department Manager at Sony Interactive Entertainment, Marketing Department.

At this year’s E3, the world’s largest entertainment expo, Sony announced new advances in hardware and virtual reality for the PS4, as they continue to push the boundaries of gaming. Gamers will also be excited by new titles such as FINAL FANTASY XV, Call of Duty: Inifinite Warfare, and Gran Turismo Sport, to be released later this year.

“We’re thrilled with the opportunity to work with such an exciting and engaging brand,” said Ara Hampartsoumian, Managing Director at TBWA\Group Singapore. “We pride ourselves in being one of the most culturally-connected and innovative partners to 21st century brands globally, so we’re delighted to work with PlayStation, who share the same core values and continually look for ways to disrupt the gaming industry.”