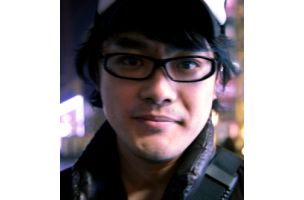 TBWA\Greater China has today announced the appointment of Ronnie Wu as Executive Creative Director of TBWA\Shanghai, effective immediately. He will report to Nils Andersson, President and Chief Creative Officer of TBWA\Greater China.

Wu joins TBWA with over 15 years of industry experience, previously working on brands such as Heineken, Huawei, Dell and Amazon. He will head the creative department of TBWA\Shanghai, which also includes TBWA’s Digital Arts Network (DAN) and eg+, and whose client list includes the likes of adidas, McDonald’s, MasterCard, Michelin and Airbnb.

Prior to joining TBWA, Wu was head of the creative department at Y&R Beijing, driving the agency to become one of the most awarded in the world at Cannes Lions, and helping Y&R China win their very first ‘China Creative Agency of the Year’ title in 2014.

He also created the world’s most awarded print campaign, named Penguin ‘Mic’, according to the UK based The Big Won Directory.

Wu is one of the youngest ECDs in China, yet is also one of the most awarded in the country, with top accolades from Cannes Lions, D&AD, LIA, New York Festivals, CLIOs, ADC, Spikes Asia, and AdFest.

Commenting on the appointment, Andersson said, “Ronnie is not just a rare creative talent who could work anywhere in the world, he is also a strong leader, and someone I respect immensely. He also brings youth, and contemporary understanding of what it takes to deliver in today’s multi-channeled industry. I am glad he has chosen Shanghai.”

Joanne Lao, Chief Executive Officer of TBWA/Greater China, added, “We couldn’t be more excited about his arrival. He’s a great fit with our Disruption culture and his energy and creativity will be pivotal in driving breakthrough work for our clients.”

Commenting on his new role, Wu said, “TBWA is a great creative company, with an enviable client list. I am looking forward to working with the team in Shanghai, to disrupt, and take the creative work to a new level.”