TBWA\Shanghai and adidas 'All In For My Girls' 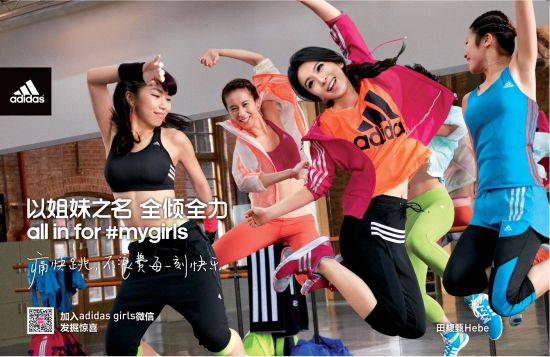 For the second year in a row, TBWA\Shanghai has created a new integrated campaign to support the adidas Women's 'all in for my girls' platform in China, which includes TVC, print, OOH, PR, digital, retail and activation.

The initial campaign, which garnered a Gold Effie, first introduced the idea of sisterhood and how sports for young Chinese women can be fun, playful and social without having to be too competitive. The new direction evolves the campaign even further. The concept, 'TGIF' (Thank God it's Friday), depicts various sister groups looking forward to kicking off the weekend with a little fun doing sports. 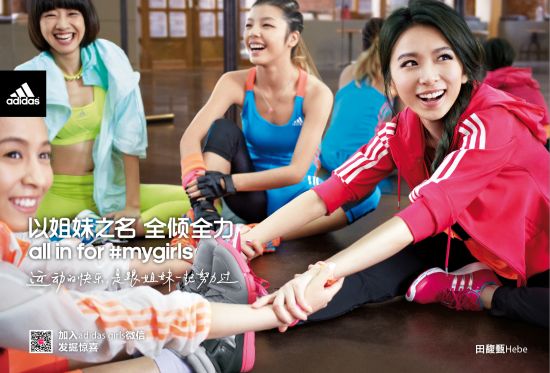 The new 'all in for my girls' campaign launched officially on March 1 across mainland China, and included an exclusive launch event in Shanghai on February 28.