TBWA\Paris Take a Look at Brussels 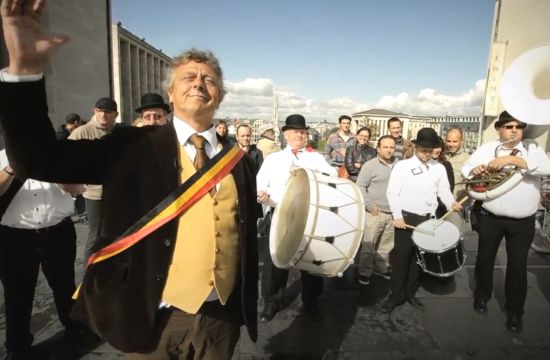 Residents of Lyon have been invited to take an alternative look at Brussels to promote the direct high-speed rail link between the two cities. Train operator SNCF and its agency TBWA\Paris created a surprising experience that propelled the public into the heart of Belgium.

On the morning of September 21st, the people of Lyon discovered a 3-metre high cube in Place de la République. On one side of the cube was a simple hole with the message ‘Take a look at Brussels’. Over the course of two days, hundreds of inhabitants of Lyon found themselves transported to Brussels.

The citizens of the French city were greeted with a live-feed from Mont des Arts by the city’s Mayor. Accompanying him were his official band and members of the public, all effectively demonstrating Belgian’s reputation for incredible hospitality.

This technological feat was made possible by several screens interconnected by a satellite and arranged around the two cities. The film was relayed by a media campaign on YouTube and featured on news and leisure websites. Running alongside it was a complementary digital PR campaign that involved major blogs from the Lyon region.