TBWA\Paris Showcases the Power of Books with McDonald's LATAM Film 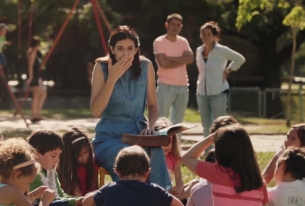 For several years, McDonald's Latin America has put children's well being at the core of their strategy with the Happy Meal: offering fruit and veggies as part of the food offering and encouraging kids to practice a physical activity.

Since 2013, McDonald’s has gone a great step further, adding a new pillar to well being: reading.

In order to help awaken children’s minds, McDonald's is encouraging reading by making it fun and accessible: 5 million eBooks and physical books have already been offered in Latin America by Arcos Dorados, the largest McDonald’s franchisee in the world, based in 20 countries in Latin America and the Caribbean.

To illustrate this strong belief and commitment, McDonald's has teamed up with TBWA\Paris to communicate towards parents in an unconventional way. The strategic idea was to impart the power of books on children and answer a single question: "How do you captivate the attention of 25 children in a few minutes?"

The event took place in the middle of a square full of children, shouting and playing. A woman arrives and starts telling a story. As the story is being told, more and more kids become attentive, sit down, and listen the story with mesmerized eyes. By the end of the story, the children are fascinated.

The message is clear and impactful: McDonald’s believes in the power of books.