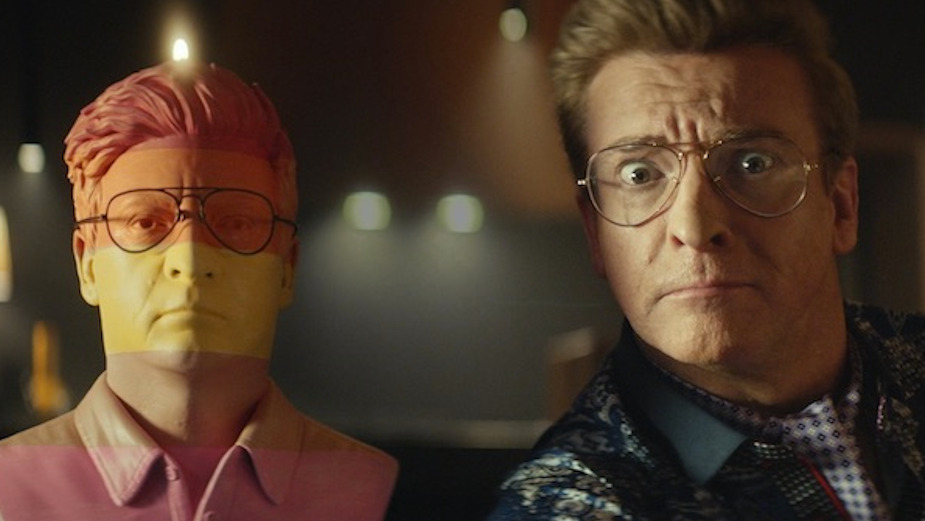 Just what does the internet smell like; spicy memes, thirst traps, salt bae, fake tan? To answer this most pressing of questions, promoting its broadband offering, 2degrees and TBWA\NZ have brought back Rhys Darby for one last mission.

The irreverent campaign seeks to right the wrong that two out of three Kiwis don’t know that 2degrees offers broadband, something Rhys and 2degrees know doesn’t make sense. So, Rhys and 2degrees are on a mission to help make 2degrees Broadband make sense, and ‘scents’ to all Kiwis.

The campaign will run for only 12 weeks across TV, digital, out of home, in-store and social. But what makes this campaign truly memorable is that Rhys will release a candle a week for seven weeks unveiling a new scent from the far reaches of the internet. The candles are a wax bust of Rhys himself and Kiwis are able to register to get their hands, and noses, on this range of internet scented candles.

Says Shane Bradnick, chief creative officer, TBWA\NZ: “TBWA launched 2degrees with the much-loved Rhys commercials 10 years ago, helping make 2degrees one of New Zealand’s favourite brands. While 2degrees started out making prepay fairer, over the years they have bought their Fight for Fair to all telco offerings – including Business and Broadband. So it wasn’t fair that so few Kiwis knew about 2degrees Broadband and there was only one guy who could help us fix this – so we are bringing Rhys back one last time.

“Rhys was a good sport throughout the whole campaign, bringing his classic 2degrees humour and even letting us 3D scan his head at his LA home, so his unique range of 2degrees internet scented candles can be offered to all of New Zealand.

“There’s nothing like a pun to help lighten New Zealand’s mood and no one else who could deliver it quite like this. It just made scents to us.”

The campaign plays heavily on meme culture and humour, something Shane says is lacking in many campaigns at the moment that often feature the same tired conventions. 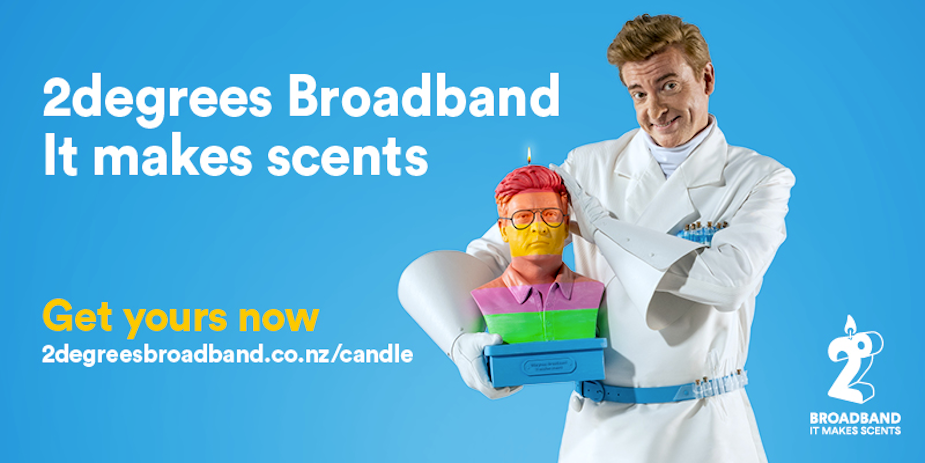 In a world full of scented candles, ranging from famous burgers to female celebrity body parts, the 2degrees internet scented candle is truly the one candle to rule them all.

Ben Wheeler, chief brand and insights officer for 2degrees agrees: “We reckon 2degrees and our brand are the only telco that could get away with this sort of campaign. The humour is refreshing and much needed, so we hope customers will have a laugh.

“2degrees has always been the challenger brand that never took itself too seriously and through the ‘Fighting for Fair’ platform and this new campaign we’ve been able to recapture that in a way that demonstrates how our business has grown. Our Broadband isn’t just fair for all Kiwi’s, we reckon it smells the best too. 2degrees and broadband, it just makes scents.” 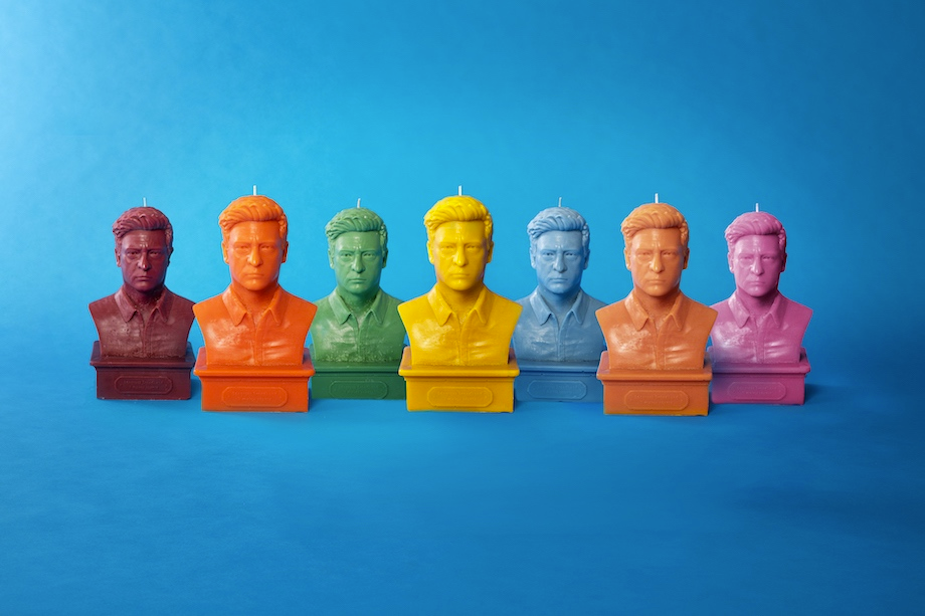