TBWA\London Teams with Rankin to Raise Awareness of Ataxia 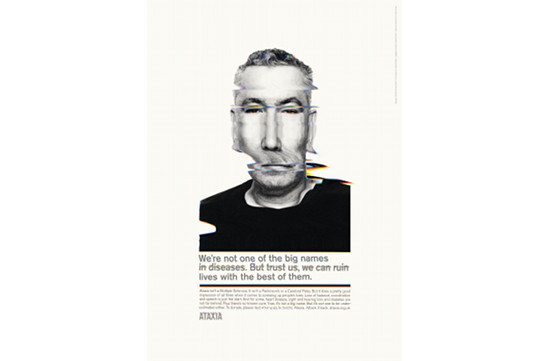 The ataxias. You may not have heard about it, but it affects close to 10,000 people in the UK. Awareness of the rare group of conditions is so low that charity Ataxia UK and TBWA\London have collaborated with celebrity photographer Rankin to create a visually arresting print campaign.

The charity Ataxia UK took the bold step when, as feared, a YouGov poll showed that only 9% of GB adults know what ataxia is; a massive 91% are either unable to describe what the condition is, or don’t know that it's a medical condition at all. To add insult to injury, a fifth of people who had heard of ataxia, thought it was an investment company.

Featuring real people who suffer from the ataxias, the campaign reveals the perspective of the world from those affected. The dramatic black and white shots by Rankin were distorted through a process of very subtle movements while the images were scanned. 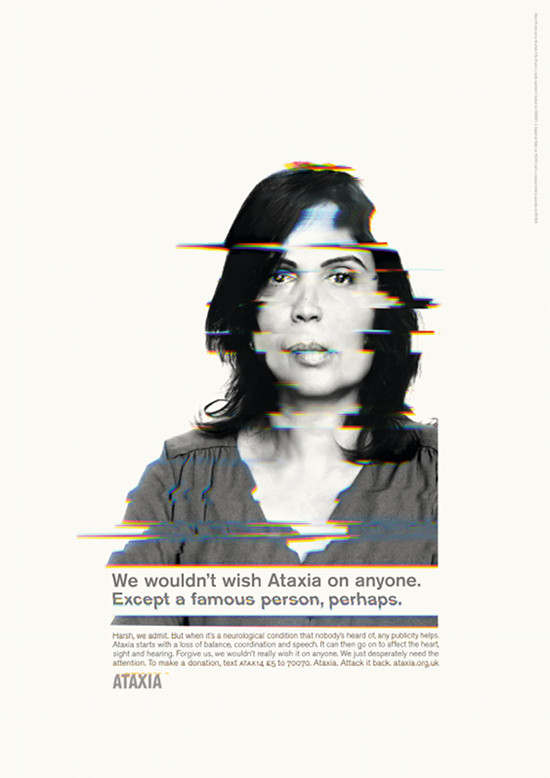 The accompanying headlines are hard-hitting: “Ataxia. It’s like Multiple Sclerosis ganged up with Parkinson’s and played a dirty trick on Cerebral Palsy.”

The statistics are both shocking and sad according to Ataxia UK’s Chief Executive, Sue Millman, but she isn’t really surprised. She said “Ataxia is one of many neurological conditions and while awareness of multiple sclerosis, Motor Neurone disease or Parkinson’s is high, degenerative conditions like ataxias, which have similar symptoms and affect people in a similar way, are not well known.  With no famous faces affected by ataxia to fight our corner, we really are invisible.” 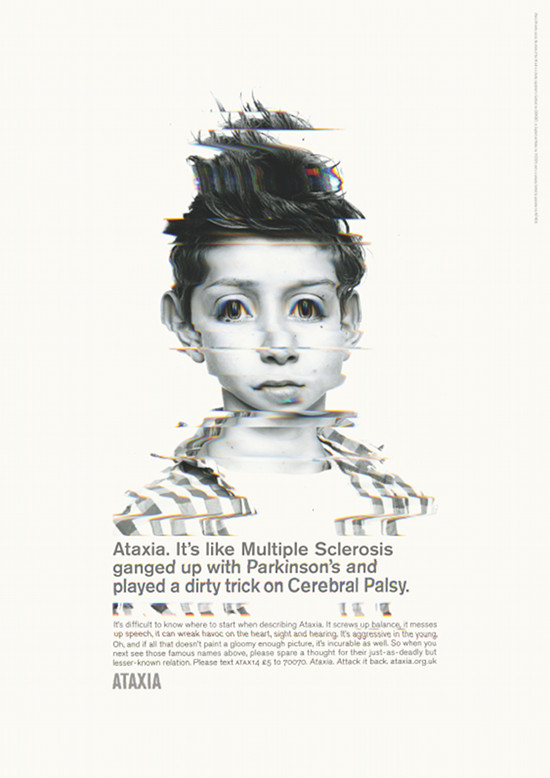 “We hope this campaign will really bring attention to what it’s like living with this condition, and people will get behind us and raise funds so that we can continue our research to help cure or effectively treat the condition. Until we can achieve that goal, we aim to give the best care and support available.”

Peter Souter, Chief Creative Officer of TBWA\London, added: “Ataxia affects an alarming number of people, yet the tragic fact is that not enough people know about it. The campaign demonstrates what it is like to suffer from the ataxias and aims to help shine a light on this terrific cause."

The campaign will launch 7th April and run nationwide OOH and in press.

Around 10,000 people in the UK are affected by ataxia. It attacks the brain and varies in its symptoms, from causing co-ordination and balance problems, with people affected often mistaken for being drunk, to those with Friedreich’s ataxia who can lose their sight and hearing, have difficulty swallowing, and can be affected by heart problems and diabetes. Most will eventually lose their mobility and need a wheelchair, and many will become entirely dependent on others. While symptoms do vary among different ataxias all currently face the same future, with no treatment or cure.