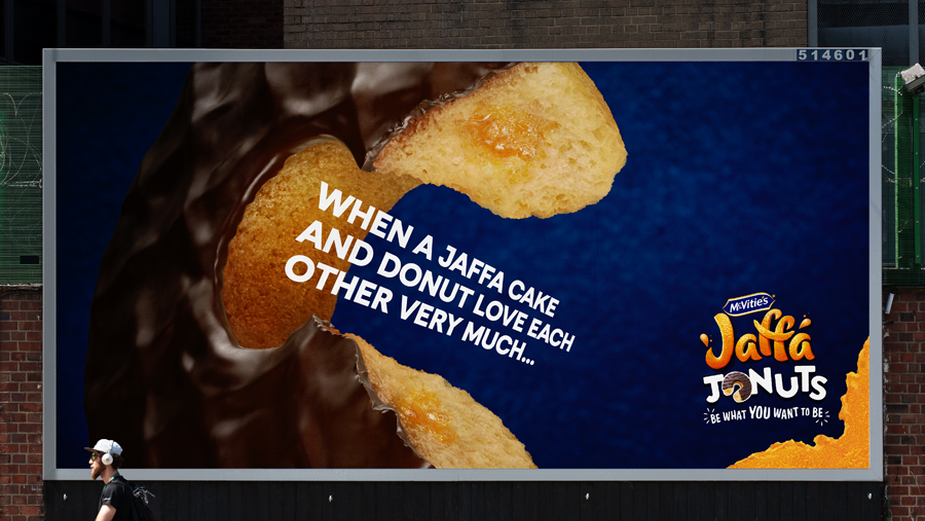 TBWA\London has created a campaign to help launch the all-new Jaffa Cake ‘Jonuts’ as the brand continues to expand and innovate its range under snack giant pladis.

Jaffa Cake Jonuts are the delicious love child of a Jaffa Cake and a donut, further proof of the Jaffa Cakes brand position of “Be what you want to be” – after all if a Jaffa Cake now wants to be a Jonut, who would want to stand in its way?

When a product is this good, the communications almost write themselves as the campaign focuses on showing the Jaffa Jonuts in all their mouthwatering glory. Featuring a hero Jonut shot from multiple delicious angles and the unmistakable Jaffa Cakes layers of chocolate, sponge and tangy orange centre, as one execution playfully explains: “all yum breaks loose”.

The campaign will be visible across out of home and social media. It was created by Ben Brazier and Johnny Ruthven and media was planned and bought by Manning Gottlieb OMD.