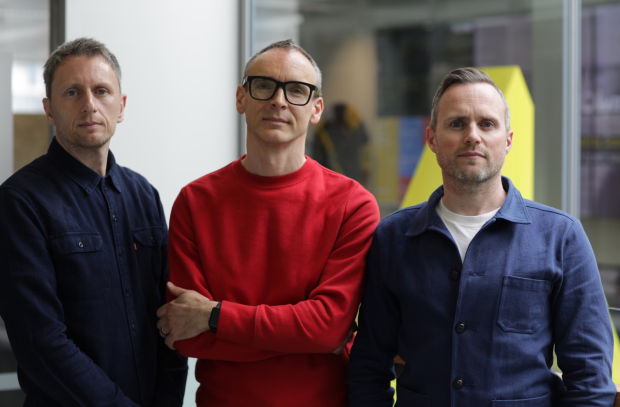 After winning a significant amount of international new business, TBWA\London is continuing its growth and recruitment drive with the appointment of Richard Prentice and David Adamson to the newly established roles of international creative directors.

Reporting into CCO Andy Jex and hailing from BBH, the duo will work across TBWA\London’s rapidly expanding portfolio of international clients, including Refinitiv – the company born out of the $20-billion deal between Thomson Reuters Financial and Risk business and a consortium led by private equity fund Blackstone.

Better known as ‘Rich and Dave’, the pair’s 14-year career has been spent working across all sectors and many markets, winning a sizeable collection of industry awards and honours along the way from shows like Campaign Big, Cannes Lions, Creative Circle and D&AD.

Having developed campaigns for major brands such as Barclays, Dulux, Persil, Tesco, Vauxhall and Virgin media, Rich and Dave’s proudest achievements thus far are: an NHS stroke campaign that helped dramatically increase early diagnosis rates; seeing an England cricket fan steal one of their six-sheet bus shelter posters outside Lords; and having the UK’s biggest underwear poster pulled from Cromwell Road due to its “distracting content”.

TBWA\London’s CCO, Andy Jex, said: “I'm really looking forward to Rich and Dave getting stuck in at the heart of the agency and becoming an integral part of our growing momentum. They have a great creative pedigree and they’re lovely, ambitious, collaborative people with the right amount of go-getter spirit.”