Initiative for 1 Malaysia for Youth (1M4U), 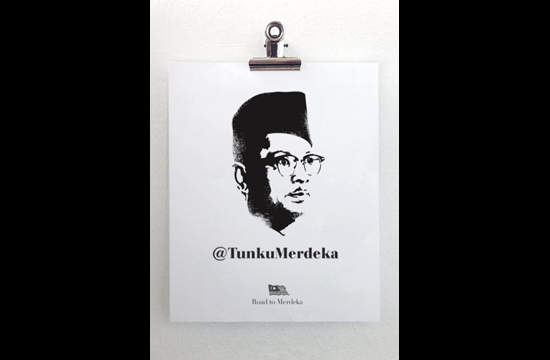 Have you ever wanted to know more about the history of the country, but find history books unappealing? Thanks to the ‘Road to Merdeka’ campaign, TBWA\Kuala Lumpur’s initiative for 1 Malaysia for Youth (1M4U), you will be able to discover the sacrifices, the fears and the musings – some real, some imagined – of Tunku Abdul Rahman and our other founding fathers.

The campaign tells the story of how a group of men came together, united in their belief that this country was ready for self-governance and freedom. It is a retelling of history in the language of today, using mediums that the youth know and love – Twitter and Facebook.

The idea came about after a discussion regarding the ubiquitous image of Tunku Abdul Rahman declaring ‘Merdeka’ at Stadium Merdeka.

“We imagined what it was like to be in their shoes. The tweets not only recount the events, but they serve as their inner voice, letting followers know what went through their mind as things unfolded,” said Sa’ad Hussein, Chief Creative Office of TBWA\Kuala Lumpur.

“We wanted to show that The Tunku and the other founding fathers were just like you and me, and we tried our best to reveal little gems that people may not necessarily know – like how the Merdeka delegation stopped negotiations so that they could all go to Wembley to catch a football game,” he continued.

The first tweets were released on August 5, and will continue till Merdeka Day. The four-week campaign will focus on events that happened from 1954 all the way to the declaration of Merdeka. A Facebook page was also created to house all the tweets, images and video links in one easy-to-follow page.

The biggest challenge was to spread the word about the campaign, which currently relies heavily on word-of-mouth. Other unconventional promotional methods have included guerrilla wall tagging, as well as covering a part of the Sungai Klang wall with a Road to Merdeka graffiti.

The contents for the Road to Merdeka campaign have been researched and sourced from various books and websites, as well as Arkib Negara and Memorial Tunku Abdul Rahman.