This year’s theme, ‘RE: Independence’, examines what it means to be independent 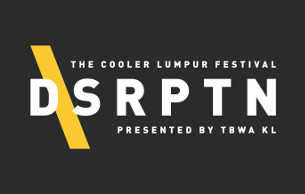 TBWA\Kuala Lumpur has partnered with Cooler Lumpur, a multidisciplinary festival of ideas, to bring Disruption to the event.

The Kuala Lumpur-centric festival, curated by PopDigital, adopts specific themes each year with the aim to expand the city’s cultural horizons, build stronger communities and cultivate creativity and imagination of the people. With over 5,000 attendees each year, the festival brings together a variety of artists, musicians, writers and thinkers.

This year’s theme, ‘RE: Independence’, examines what it means to be independent – whether we are still able to decide what to control and how much of ourselves we want to be controlled – as a person, as people, and as a nation.

TBWA’s Disruptions Track will look at how these principles apply to brands, corporations and communities. Featuring a lineup of individuals and organisations that have challenged and revolutionized their respective industries, the sessions will showcase how disruption can help unlock creative independence.

The Cooler Lumpur Disruptions include:

Creative Technologist, Issei Ishikura and Digital Communications Director, Satoshi Suzuki from DAN\Tokyo will talk about the revolutionary COGY - ‘the wheelchair for those who still believe’, which brings mobility back to the disabled using their own reflex reactions. They’ll also uncover why COGY initially failed to take off as they’d hoped, and how they used Disruption to revitalized the product.

RE: Imagining Independence + Posse Comitatus (Power of the Community)

Band of Doodlers (BOD) will turn 140-character tweets into life-sized art, right before the audiences’ eyes. Tweet with #coolerdoodlers and the LIVE doodling session will give form to independence on canvas, as defined by Malaysians.

Mas Shafreen (Wanton Doodle), founder of the BOD, will also be sharing his philosophy on empowerment through positive reinforcement. As a collaborative art community, BOD provides a common platform for artists and enthusiasts alike to come together and legislate for collective ownership of art spaces.

Ayu Abdullah, developer of The Minigrid Game and Raeesa Sya, co-founder of Bfab, will speak about women who are writing codes, running businesses, and sparking innovations that are set to change our lives as we know it.

Music Disruption: A Talk By Spotify

Sea Yen Ong, VP of Sales Spotify Asia, delves into the many mechanics and cogs that drive Spotify’s cultural dominance in the digital music market. As a disruptive technology, Spotify seeks not only to foster the creative process of creators both locally and globally, but to also enhance the value from consumers and businesses in the global digital and audio ecosystem.

RE:Cover will be a study of album art, and not about making sentimental tributes. The albums will be some of the greatest works in the last 50 years, and Re:Cover hopes to achieve an artistic rendition of these iconic visuals, exploring the freedom of interpretation, and hopefully provoking the audience to engage with the albums in a new way.

"We’re very excited to be a programme partner for this festival of inspiration,” said Yee Hui Tsin, Project Lead of TBWA’s Disruptions Track. “Cooler Lumpur brings together people from a wide range of creative industries; and with TBWA’s vision of becoming the cultural engine for 21st century business, we hope to provide some truly thought provoking ideas at our Disruptive sessions.”