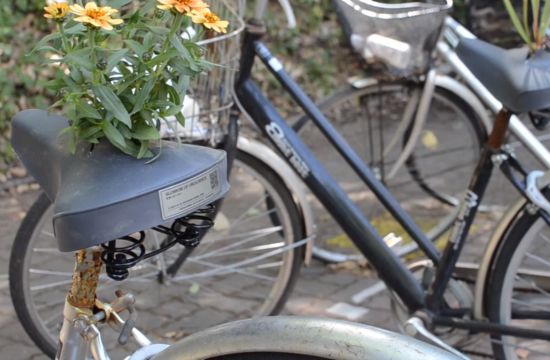 In Japan two million bicycles are illegally abandoned every year. However, most people just ignore the rusting bikes cluttering up the sidewalk.

TBWA\HAKUHODO decided it was time to draw attention to this growing problem. They came up with an idea to visualize the time these abandoned cycles spend lying around, unwanted and ignored, in a way that could get public attention.

They collected discarded bicycles and recycled the saddles as planters. Then they put the saddles back on the bikes and opened a gallery of parked bicycles.

Abandoned time was expressed by the bikes themselves. Via QR code, audiences could access the online video capturing the growth of the plants to re-experience the passing of time.

TBWA\HAKUHODO transformed 'abandoned time' into an 'art object' that people could appreciate. The agency’s client on this project was bicycle sharing service. They estimate that introducing one shared bicycle will save about ten bicycles from being abandoned.