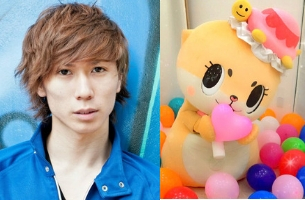 TBWA\HAKUHODO has announced the appointment of Kohei Ikeda as Content Planner in charge of planning and production of social media content. He is the creative mastermind behind teen mega-hit “Chii-tan☆”, who is now the Sightseeing Ambassador for Susaki – a city known for its adorable mascots.

Ikeda will bring his star power to further strengthen the company’s content capabilities targeting Gen-Z consumers. His expertise and sharp cultural insights are uniquely suited to social media, and has seen him produce internet gold over recent years with more than 3,000 YouTube films garnering more than 800 million total views.

Japan is the only country which allows people to drink outside in the streets.

This clip takes a look at Japan’s drinking culture from a foreigner’s point of view.

LEVEL is a Japanese bicycle shop which has received accolades worldwide. What is the secret in the craftmanship that mesmerises craftworkers from other parts of the world? An interview with the master craftworker himself, explains the art of creating custom made bicycles.

His regular wacky Chii-tan☆ content has helped accumulate over 960K followers on Twitter (https://twitter.com/love2chiitan), with one video becoming the #1 most viral film in Japan for the first half of 2018. Content created for Chii-tan☆ averages 10,000 retweets, earning over 500 million impressions in the first 10 months.

Ikeda has also created a unit that spearheads talent development for pop idols/groups and has organized concert tours in 11 countries. He is one of Japan’s hottest content creators and continues to receive media accolades in Japan and overseas, underlining the impact of his work in terms of PR and strategic business development.

Kazoo Sato, Chief Creative Officer/Executive Creative Director:
“It’s no exaggeration to say that Kohei is Japan’s number one Gen-Z content creator. He brings an entirely different perspective from ad agency creators, and that’s what makes it so exciting to have him now communicate for brands. He understands what creates buzz for the smart-phone obsessed generation, and we intend to leverage this sensibility and perspective to involve brands in culture.”

“I know content creation inside-out, especially for the teen market. With the predominance of smartphone content consumption among teenagers, they are the leaders in shifting definitions of what constitutes “movies” online. This is my first time working at an advertising agency and I’m very excited to use my experience to add wider cultural perspectives in building bridges between brands and consumers.”

Ikeda’s appointment is the latest move by the company towards its aim of being the most impactful agency partner in helping locate and involve brands in culture, with the purpose of securing a larger share of the future for clients’ brands.

In addition to Ikeda’s appointment, TBWA\HAKUHODO launched a new online content channel called ‘THE_’, which captures Japan’s emerging trends, technology, and cultural shifts that might have influence on society. Not only does this channel help clients better understand and monitor consumer behavior, it also boasts the agency’s ability to create great culturally relevant content at speed.

TBWA\HAKUHODO has developed creative works based on cultural insights. For example, Animegaphone, a megaphone that can convert the user’s voice into someone else’s voice instantaneously, was developed by analyzing anime fan’s behaviour and interests. It has already been used in many anime related events, and has grabbed the attention of anime-lovers everywhere - using noted anime voice-over actors.

Chris Iki, Chief Operating Officer said,“TBWA prides itself in being the cultural engine for 21st century businesses, and Japan is second to none when it comes to unique innovations and cultural trends. There has always been a global fascination with Japan, so with this new platform, we hope to showcase the best of our country’s weird and wonderful behaviors.”