Akihiko Imai has been named as President and CEO 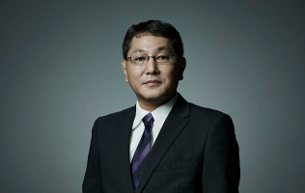 Akihiko Imai has served in various leadership roles and has been vital in strengthening the agency’s capabilities through relationships with Nissan United, Digital Arts Network, and Omnicom Media Group worldwide. With his extensive knowledge in digital and media planning, he has made significant contribution to the growth of the agency since its launch in 2006.

TBWA\HAKUHODO Japan was established in 2006 as a joint venture between Hakuhodo and TBWA\Worldwide Inc. Over the last 10 years TBWA\HAKUHODO has grown rapidly to become one of the most disruptive creative agencies in the world.

Chris Iki, appointed Chief Operating Officer in 2012, has helped to drive success and embed a highly unique corporate culture that differentiates the agency from its competitors.

Under the creative leadership of Kazoo Sato, the agency has developed some of the world’s most memorable campaigns, being recognised across all major international, regional and domestic award shows. Sato was promoted to Chief Creative Officer earlier this year.

As the agency sets its focus for the next 10 years, the appointment of Akihiko Imai will ensure the agency is in a strong position to continue to meet its growth ambition.

“I’m excited with the appointment of Akihiko Imai as President and CEO of the agency,” said Keith Smith, President International at TBWA\Worldwide, and Board Member of TBWA\HAKUHODO. “His leadership and diverse experience in account management, media, and digital fields, combined with Kazoo Sato’s creative mind and Chris Iki’s global and local business acumen, will place the agency in a very strong position for the future.”