Tristan Patterson directs new spot as part of 'Tough as always, Smarter than ever' campaign 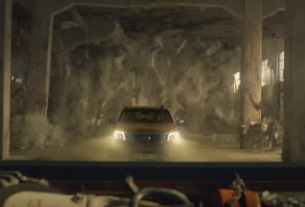 Following the success of the 'Truckerball' campaign, Nissan Europe and TBWA\G1 have launched a new campaign for the all-new NP300 Navara: 'Tough as always, Smarter than ever' designed to showcase the smartness and the toughness of the new pick-up.
The ambition of the brand is to redefine the pick-up segment by bringing sophistication and the latest driver assistance technologies in the all-new NP300 Navara and turning it into the ultimate pick-up for both work and leisure.

Martin Moll, Marketing Communications General Manager, Nissan Europe said: “This was a very important launch for Nissan. In the tough 4x4 Pick-up sector, the competition can be very stereotypical, predictable and clichéd. Our goal was to be very different from the competition, and achieve a much richer impact and engagement with the consumer. The film celebrates the truck's class-leading tough 4x4 credentials, played out alongside its very smart, refined and high quality in-car driving experience”.

Directed by Tristan Patterson, ‘Tough as always, smarter than ever” takes the viewer into a perfectly choreographed journey in an old abandoned factory; what seems to be a simple demolition is in reality a spectacular revitalization to build a beautiful football pitch.

The director stated: ”I saw the story like a beautiful symphony. I wanted to capture the drama of a large-scale demolition in a way that felt authentic. But more importantly, I wanted to capture a sense of joy and wonder about what these trucks can accomplish. Framing the story through the eyes of a young boy gave me such a clear lens for how to approach this. I just kept imagining the thrill I would have gotten as a young boy watching something like this and let that feeling dictate every practical decision we had to make.”

Ewan Veitch, President, TBWA\G1, said: “We are very proud of this campaign. It gives a strong and memorable positioning to the new Nissan NP300 Navara, while being consistent with the values of the brand: Innovation and Excitement ”.

Print advert, inspired by the photo “Lunch atop a skyscraper”, has been developed to support the film giving a smart wink to the iconic photograph.