BOLT is part of the TBWA collective with offices in the US, Netherlands, France, Singapore, Hong Kong, Australia, New Zealand, and now China 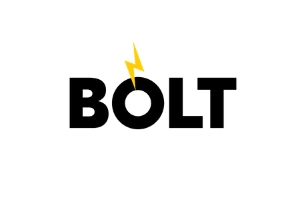 Said Joanne Lao, CEO, TBWA\ Greater China, “BOLT is a natural extension of our growing maker culture. With the speed of change in China, it is increasingly critical to scale up our in-house ability to unleash creative possibilities focusing on video content with a streamlined process, and with budget frameworks and timelines that make business sense for our clients. We are very excited to launch BOLT in China.”

BOLT, based in Shanghai will operate as an independent unit backed by TBWA with the ability to create video content at the speed from creative ideation through to production. As part of the TBWA collective, BOLT also has the ability to leverage the company’s strategic and creative collective in an agile and pragmatic way for clients.

Martin Granger has been appointed to lead BOLT in China. Granger joins from French production agency Ores, with a wealth of experience from the company’s operations in both Paris and Shanghai. Martin will work with a collective of young film directors to build BOLT’s capabilities in China.

Said Martin Granger, “I’m thrilled to be given the opportunity to head BOLT’s incredible pool of creative talents. Brands today are competing with everything in modern culture for people’s attention, and they need content that is timed to perfection, culturally relevant and on brand. That’s what BOLT is all about – an agile filmmaking collective built to produce creative and engaging content at the speed of culture. The studio will add to the creative strength that makes TBWA\China so special.”

BOLT is part of the TBWA collective with offices in the US, Netherlands, France, Singapore, Hong Kong, Australia, New Zealand, and now China.