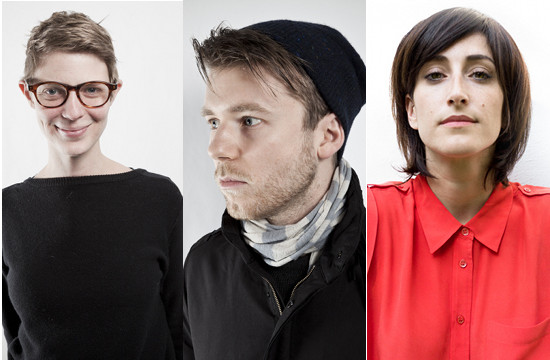 Melatan Riden (34) is appointed to the new position of Design Director.

TBWA\Chiat\Day New York is expanding its creative team to work on growing client accounts, including Mondelēz and the new BNY Mellon win.

At Mother, Erik and Beth led creative projects for Stella Artois and Microsoft. Prior to Mother, Erik worked at BBH and StrawberryFrog, with clients including Sprite, Cole Haan, Google and Heineken. He has a number of international awards including Cannes, D&AD, Webby’s and the One Show. Erik studied at Hyper Island.

Before Mother, Beth spent seven years at BBH, four in New York and three in Singapore. Her years at BBH on brands such as Sprite, Axe and Google produced work that was recognized with gold at the One Show, Cannes and D&AD.

At Mother, Beth created digital experiences for Stella Artois, Xbox and, most recently, a 120-foot digital wall to launch the 3.1 Phillip Lim collection for Target.

"We hear the term "hybrid creative" thrown around a lot, but I haven't met too many who are genuinely ambidextrous,” commented Matt Ian. “When I worked with them at BBH, I quickly came to realize that Beth and Erik are as strong digitally as they are with the traditional work. They think simply and inventively. They can give you an innovative idea for an app or a digital platform, and then turn around and hit a home run with a TV script.”

Prior to working exclusively on fashion marketing and branding at Lipman, Melatan worked at Anomaly’s Toronto office as Director of Design where she was responsible for the agency’s entire design output. Melatan has worked with influential global brands in the auto, beverage and fashion retail sectors for clients such as BMW Mini, Honda, Red Bull, Diageo, Budweiser, Bud Light, Kraft, Ann Taylor, Aritzia, Holt Renfrew, Marshalls, Mexx, Perricone MD and Sportchek.

Prior to relocating to New York, Melatan was an active participant in the Canadian design community, volunteering her time with design & advertising institutions, universities and colleges. She also juries for the ADCC and RGD respectively, participating in speaker series and events. Her work has been recognized by the ADCC, AIGA, Graphis, Communication Arts, Applied Arts, CMA, Graphic Design USA and HOW as well as featured by Gallery Magazine and German design publisher, Gestalten for her personal work.

Matt added: “Not only is Mel’s breadth of work astounding but her craft is at a next-level. She will push the quality of branding design for TBWA\Chiat\Day New York and our clients.”

Beth and Erik commented: "Matt Ian is a fantastic creative and leader, so we're overjoyed to be working with him again and joining the TBWA team. We also admire the work that’s been done on Jameson and are excited to be a part of the brand."

Mel commented: “I’m humbled to be part of such a legendary agency — one whose reputation is celebrated all over the world. We live in such an ephemeral space today; it’s a huge feat to produce content that resonates with an audience, let alone for decades. TBWA\Chiat\Day’s disruptive nature is what seduced me.”