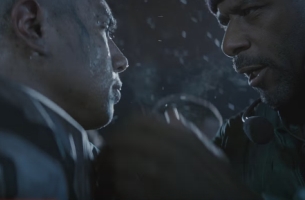 You don’t see many commercials where brands namecheck their rivals but that is exactly what you’ll see in Mark Molloy’s captivating new spot for Nissan ‘Shoulders Of Giants’.

A wonderfully directed piece told from the perspective of children idolising parents, firefighters, astronauts and athletes, representing the idea of Nissan honouring their more established foes, saying ‘To those who go before us, Chevy, Ford, Dodge. Thank You, We see the way forward.”

The 90 second commercial is out of TBWA/Chiat/Day, Los Angeles, and was produced through Smuggler. Beautifully photographed by director-of-photography, Chayse Irvin, (Samsung ‘Every Day is Day One’, Qantas ‘Feels Like Home’). Mark has a unique way of creating work that effects people, his instincts as a director and storyteller so effectively pull on emotions, feelings and memories, that he ignites peoples imaginations.