Campaign returns for fourth year running in partnership with ESPN 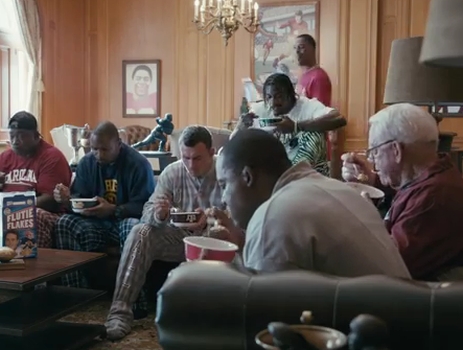 Just in time for the start of the college football season, Nissan and ESPN are bringing The Nissan Heisman House back, giving fans a glimpse of what it might be like if the winners of the Heisman Trophy lived and played together under one roof. While lighthearted in approach, the unique marketing campaign is part of Nissan’s ongoing support of the Heisman Trust’s year-round community support and charitable efforts. College football fans are also given the opportunity to vote for their favorite 2014 Heisman Trophy candidates, with Nissan’s official vote given to the crowd-sourced winner.

Currently in its fourth year, this year’s Nissan Heisman House campaign stars 11 Heisman Trophy winners in humorous vignettes and stunts, an interactive website and a Heisman House Tour that will travel to college campuses throughout the season. A behind-the-scenes show featuring footage and interviews with the featured Heisman members will continue to air through August 28 on ESPNU. The website, along with a series of spots, will debut on August 28 across ESPN’s platforms.

The concept of the house revolves around the online platform, www.NissanHeismanHouse.com, where fans can tour the house, learn about current members, vote for the next Heisman Trophy winner and watch behind-the-scenes footage filmed during the campaign production. Eight of Nissan’s highest-rated vehicles, including the Nissan GT-R, Altima, Titan, Pathfinder, Murano, Rogue and JUKE are featured prominently in the campaign.

“Nissan’s Heisman House brings to life a fantasy for most college football fans – just hanging out with some of the best college football players that ever played the game,” said Fred Diaz, senior vice president, Nissan Sales & Marketing and Operations, Nissan North America, Inc. “Not only is it great to join ESPN in bringing a little more fun and excitement to games this fall, Nissan is particularly proud to play a role in some of the rewarding work of the Heisman Trust.”

The Heisman House campaign supports Nissan’s long-running sponsorship of the Heisman Memorial Trophy Award. In recent years, the partnership has expanded beyond the “Heisman House” and the Nissan Heisman vote to help raise the visibility of The Heisman Trust’s mission of supporting the underprivileged and underserved.