Renato was previously Creative Director for Gatorade in the US 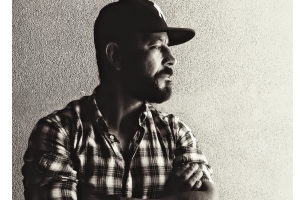 “Renato is one of those relentless characters for whom good is not good enough,” said TBWA\Chiat\Day LA Chief Creative Officer Stephen Butler. “His appetite for great ideas and the rigor he applies to those ideas make him one of the best as both a creator and a mentor.  We look forward to his continued inspiration and dedication.”

Renato has been with the agency since 2011, when he relocated with his family from Brazil. As Associate Creative Director, he played a pivotal role in the pitch-winning team that brought the adidias World Cup campaign assignment to TBWA, and specifically lead the creation of "I am Brazuca" activation and World Cup Finale film. In 2014, Renato assumed creative leadership of the agency’s Gatorade U.S. business. His credits include Gatorade’s buzzworthy “Locker Room Makeover” stunt and iconic Derek Jeter farewell film, “Made in New York.”

Renato began his advertising career in 1994 in his hometown of Curitiba, Brazil. In 2001, he moved to São Paulo to join Almap/BBDO, where he was a Senior Art Director working with top-tier brands including Volkswagen, Gatorade and Havaianas.  His work helped the agency to win back-to-back Agency of the Year titles at the Clio Awards and at the Cannes Festival in 2010 and 2011.

Renato’s own work has been recognized at several international creative festivals, including Cannes Lions, One Show, D&AD, Clios and LIA. He has also served as a jury member for both Cannes and Clios.